Rins thought podium “could be possible” during relentless Portimao charge 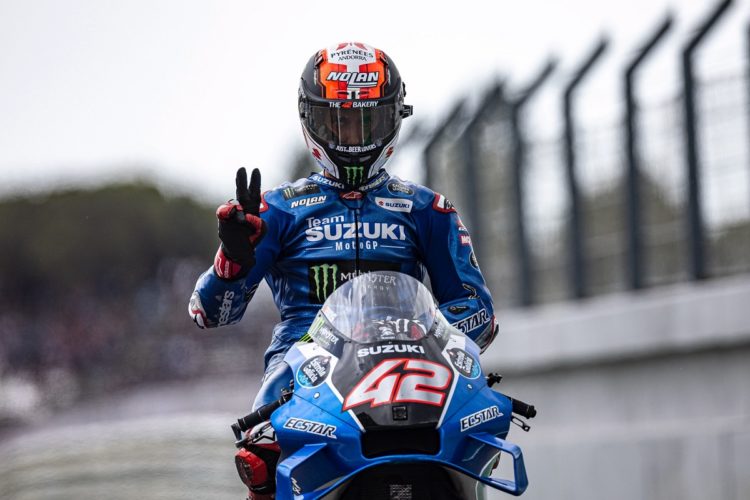 Alex Rins says he started to believe a podium finish in the Portuguese Grand Prix “was possible” despite having started 23rd before tyre trouble stymied his charge through the field.

The Suzuki rider started on the penultimate row of the grid following a tough opening phase of the Poritmao weekend as he struggled for speed in wet conditions, while a mistake with his qualifying strategy during Saturday’s wet-to-dry Q1 session limited him to a disastrous 23rd.

A lightning-getaway saw him rise all the way to tenth by the end of the opening tour though, while a mix of crashes ahead as well as strong dry-weather performance allowed him to move up through the top ten to his eventual finishing position of fourth, just 4.2 seconds adrift of the battle for second between Johann Zarco and Aleix Espargaro.

Rins reckons the fact he had to overtake “so many riders” was the key reason a late rostrum attack failed to materialise, mainly due to his front tyre starting to cry enough in the climactic tours, a phenomenon that led to a decision to bring his GSX-RR home for his fourth-successive top five result – one that also lifted him to a joint series lead with Portimao race winner Fabio Quartararo.

“It was not easy overtaking so many riders starting 23rd and ending up P4, I struggled particularly at the end of the race with the front tyre because I was pushing a lot throughout the race to overtake the other riders,” explained Rins.

“I was having to push the front a lot to stop the bike into the slow corners, and I was thinking maybe the podium (could be possible) but when I tried to overtake Aleix (Espargaro) he was a little stronger than me and then the last ten laps I started to struggle in the right-handed corners with the front tyre (dropping.)

“Then in the last four laps I saw that (Miguel) Oliveira was three seconds behind so I decided to stay on the bike and finish the race because they were important points for the championship.”

The three-time premier class race winner says his supreme Portimao charge leaves him “super confident” of his chances of another strong finish in this weekend’s Spanish GP at Jerez, the Spaniard affirming he “never stopped believing” a good result was possible at the Algarve International Circuit despite his troubled run throughout practice.

“I’m super confident (going forward) because this weekend was not easy for us, we were struggling a lot in the wet conditions on Friday and qualifying was really bad because of a mistake on the strategy,” continued Rins.

“I never stopped believing that I could do a good race, and we did it and got a good amount of points and now we are equal on points with Fabio (Quartararo, series leader.)

“It’s still too early to think about the championship so now we got to Jerez with the mindset to enjoy the Spanish Grand Prix and see all the fans.” 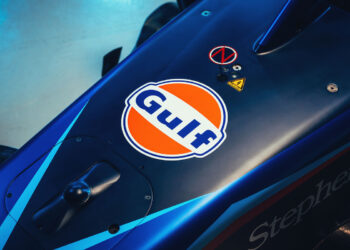