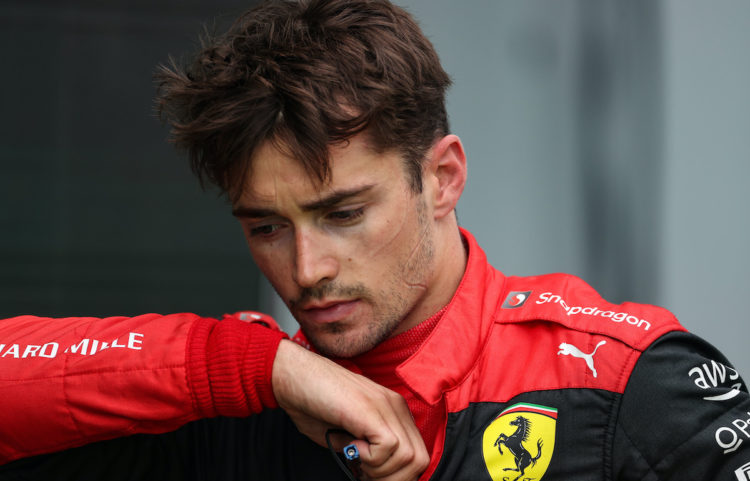 Formula 1 championship leader Charles Leclerc blamed his spin in the Emilia Romagna Grand Prix on being too greedy as he chased down Red Bull’s Sergio Perez for second place.

Leclerc started the race from second but lost out to Perez on the opening lap. However following a late pit stop, the Ferrari driver found more pace to catch Perez, but with ten laps remaining pushed too hard at the Gresini chicane and spun into the wall.

Able to recover to the track with a broken wing, Leclerc was forced to pit again and emerged down in ninth. He was able to overtake three cars to finish sixth, but threw away valuable points.

“It is a big shame,” said the Monegasque racer. “Whatever happened before the spin, these are details and it’s part of racing, but I believe that the spin shouldn’t have happened today.

“P3 was the best I could do…we didn’t have the pace for much more and I was too greedy. I paid the price for it and lost seven potential points, so it is a shame.

“It’s seven points that are valuable at the end of the championship for sure. And this shouldn’t happen again.”

Leclerc remains championship leader, but with Max Verstappen scoring the maximum points with Sprint victory, fastest lap and the race win, that gap has now shrunk to 27 points and Leclerc is wary of the improvement Red Bull have made.

“Only time will tell how much of a step [they] did. But for sure they seem to be more competitive than the first three races or similar to Jeddah.”