Vettel suggests F1 future ‘will depend on how this year goes’ 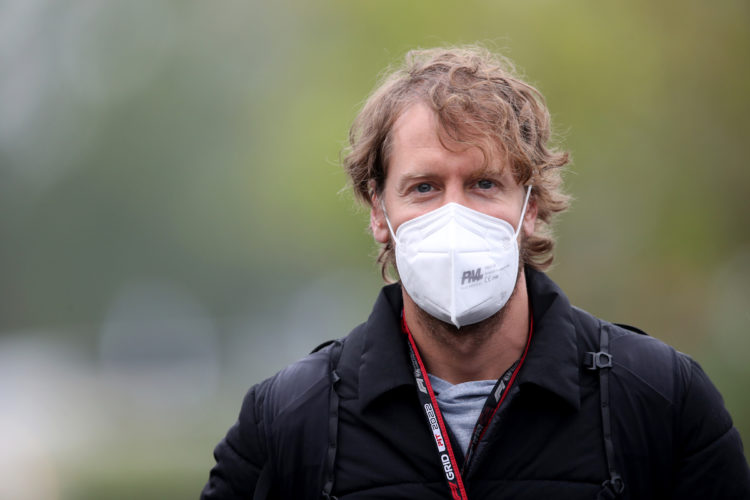 Sebastian Vettel says that his future in Formula 1 may depend on how his 2022 season with Aston Martin plays out.

The Silverstone-based team has endured a difficult start to the new campaign, and currently sit 10th in the Constructors’ Championship.

It is the only team yet to score points in 2022, after Williams bagged a top 10 result last time out in Melbourne with Alexander Albon.

Vettel joined Aston Martin last year following a stint at Ferrari, and took a best result of second at the Azerbaijan Grand Prix.

However, at 34 years of age, question marks have been raised over the German’s future in F1 given his current position in the standings.

When asked in Imola about his future with Aston Martin, Vettel said: “No secrets, it will depend on obviously how this year goes and then take it from there. My contract ends at the end of this season.”

Despite Aston Martin’s challenging start to 2022, Vettel has refused to write off the campaign.

“Obviously, it’s not the year that everyone in the team hoped for, at least the start of the season, but I think it would be bad to write it off already,” he said.

“It’s only race three, it’s new regulations, there are so many things we are currently struggling with when it comes to performance with our car, extracting the performance. I think others have the same or similar problems.

“So lots of things that we can still understand and learn and the next weeks and months will be very important to set the direction for this year, but also for learning and knowing what to do in the next three, four years.

“I feel that it would be wrong to write this season off, absolutely wrong. It’s just started. I only had one race and didn’t even finish that race.

“So plenty of things we can still improve and learn, and then in a couple of weeks and months, I think we are in a better place to judge where we really are.

“Because the spirit is good the team is you know willing to very willing to be at the front at the minute we’re not it’s not a secret. But lots of work going in.”