Why Sainz’s extension is the no-brainer move for Ferrari 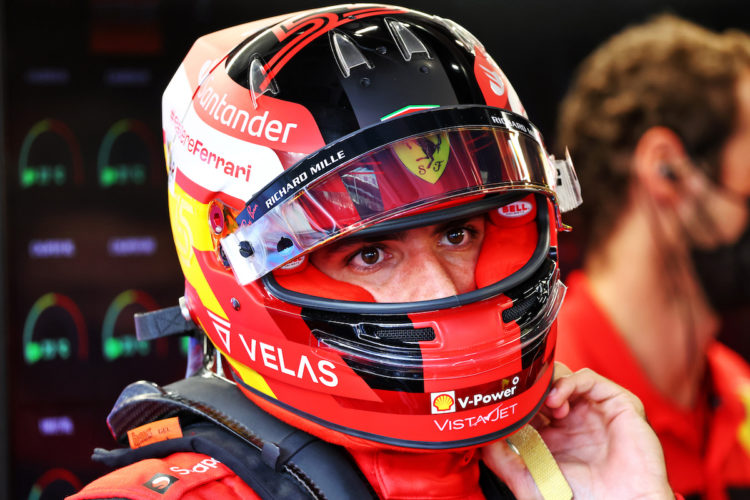 It came as no surprise on Thursday when Ferrari announced that it had extended Carlos Sainz at its Formula 1 team until the end of the 2024 season.

Across the opening stages of the campaign, Sainz and the team did not shine away from the fact that they were close to signing an extension. On multiple occasions, the Spaniard commented that he was “very close” to putting pen to paper after an agreement between the two parties was reached.

There is also little shock that the announcement was made prior to the Emilia Romagna Grand Prix, one of two home races for Ferrari in 2022.  The team enters the weekend in the strongest form it has been in for some time, comfortably leading both the Drivers’ and Constructors’ Championships.

Extending Sainz this early was an important move for Ferrari. So far this season, the Maranello-based squad has possessed a consistently fast package that has taken it to the elevated position it currently finds itself in.

The team is in a good place, and looks waves ahead of where it was in 2019 and 2020, when strong results were difficult to come by. A faltering and outgoing Sebastian Vettel was damaging for the team, and Ferrari looked to Sainz as his replacement in the hope that by partnering up with Charles Leclerc, he would help bring the team back to its glory days.

While it looks to be firmly back on that path so far in 2022, outside of the championship fight, driver market discussions often make up the plethora of questions that are directed a driver’s way during race weekends, as fans and media alike rush to know the situation regarding the future.

But all that has now been put to bed with Sainz being extended. It means that for the rest of the 2022 season, as he tries to get on top of his F1-75 car and challenge team-mate Charles Leclerc, he has a fresh two-year contract stored in his pocket – a huge weight of worry lifted off his shoulders.

Ferrari has added driver stability to its arsenal as it looks towards its first championship in well over a decade. According to Binotto, it has the driver set-up in place to achieve it, describing it as the best on the current F1 grid.

“I have said several times that I believe we have the best driver pairing in Formula 1 and so, with every passing race, it seemed a completely natural step to extend Carlos’ contract, thus ensuring stability and continuity,” Binotto said.

“In his time so far with the team, he has proved to have the talent we expected from him, delivering impressive results and making the most of all opportunities. Outside the car, he is a hard worker with an eye for the smallest detail, which has helped the whole group to improve and progress.”

Ferrari now has both of its drivers contracted until the end of 2024 with Leclerc penning a multi-year extension at the end of the 2019 season. The Monegasque driver looks to be in the best form of his career, and is currently many people’s favourite for the title this year.

Sainz’s role for the rest of the year will be interesting to observe, especially if he struggles to keep up with Leclerc, as has been the case at the opening three grands prix of the 2022 season.

Binotto has also expressed confidence that Sainz will be able to bring himself up to Leclerc’s level this year, but whether or not that would create friction between the pair remains to be seen.

However, with Sainz now on board for the next couple of years, the team doesn’t have to worry much about its line-up being split up, allowing it to form a title-challenging outfit around both of its stars – something that has been absent from Ferrari for some time.