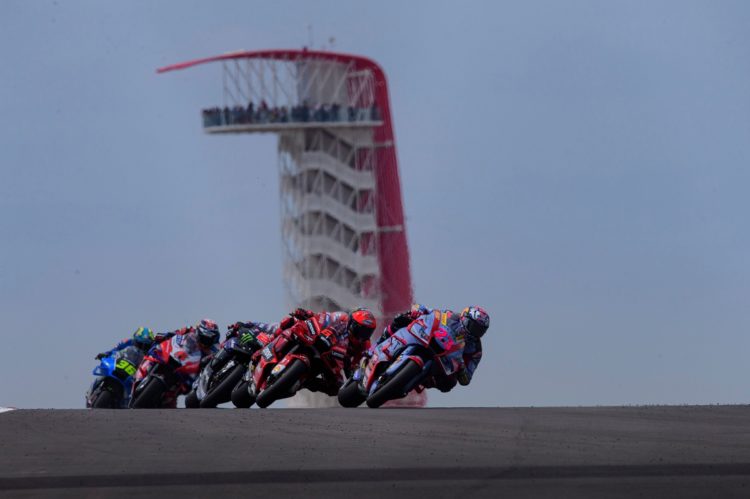 With the opening four flyaways of the 2022 MotoGP campaign now completed, Motorsport Week decided to explore who were the main winners and losers up and down the paddock ahead of the start of the European leg of the season this weekend in Portugal.

Enea Bastianini was certainly one to watch following his supreme rides to third place finishes on a two-year old Ducati in both visits to Misano in 2021, though it’s fair to say not many expected the Italian to score two wins in the first four races of 2022 on a year-old Desmosedici run by customer outfit Gresini.

The 2020 Moto2 world champion showed great maturity and race craft in both the Qatar and Americas Grands Prix to score his maiden premier class successes, leaving him an unexpected series leader heading to Europe.

His Gresini team must also be applauded for the way it has bounced back following seven tough years running Aprilia’s works programme, the partnership surely one to watch for a sustained title challenge as the year progresses.

Aprilia have also made a clear stride forwards with its RS-GP in the its third campaign with the machine, Espargaro nearly making the rostrum in Qatar before dominating in Argentina to claim his and the Noale-based marque’s maiden premier class success, one that lifted him atop the riders standings following the event.

A trickier Americas outing –in which he finished 11th – has seen him fall back to third, though on a more encouraging note team-mate Maverick Vinales is also gathering confidence at a great pace with his new steed – the Spaniard even believing he had the speed to run in the top three in the race at the Circuit of the Americas had he managed to qualify better.

The Italian brand look to be here to stay based on the opening four races, and with two strong riders a full championship attack cannot be ruled out.

They will have to watch out for Suzuki though if they are to reach the ultimate prize for the first time, the 2020 riders and teams champions having brought about an impressive extra amount of straight-line prowess to its GSX-RR following a rather underwhelming 2021 campaign, in which it went winless.

Suzuki has managed to find roughly five kilometres per hour relative to last year’s iteration of the GSX-RR – achieved not only by finding extra engine power as but also by reducing the bike’s aerodynamic drag .

Its significant gain has seen it become the only one of the six factory teams to score more than one rostrum result – while its fantastic consistency sees it lead the teams by a commanding 32 points just four events into the term.

Alex Rins has bounced back imperiously following a tough ’21 to sit just five points off the series lead having score both of Suzuki’s podiums, while 2020 champion Joan Mir will be keen to redress the balance heading to Europe.

On the other side of the Inline-4 powered coin is Yamaha, which has been unable to respond to reigning world champion and lead rider Fabio Quartararo’s plead for extra power to help him defend his title.

The M1 has struggled significantly in races so far – the Frenchman’s supreme talent over one lap masking his machines deficiency somewhat – as it lacks the power to hold off all of its rivals on the straights, limiting him to just a sole rostrum appearance so far in an otherwise mediocre opening stanza.

His three other Yamaha team-mates have fared even worse as they struggle to extract any level of pace from the M1, leaving the brand only fifth in the constructors table with little in the way of improvements expected this year.

With Quartararo currently weighing up his options up and down the paddock amidst Yamaha’s crisis, the marque needs to prove that it can find future gains in short order before it loses its current only ray of sunshine.

Francesco Bagnaia is arguably the biggest disappointment of the year so far, the factory Ducati pilot widely expected to be the championship favourite following a blazing end to 2021 in which he won four of the final six encounters – the Italian at one point looking like he could deny Quartararo his title at the death.

Bagnaia though has struggled to replicate the feeling he had with his ’21-spec Desmosedici with Ducati’s new version, his struggles borne out by the fact he is yet to even finish on the podium so far – a pair of fifths as well as a 15th and DNF in the opening round of the year leaving him a distant 12th overall.

While it is far from over for Bagnaia’s title chances, it can’t be easy for him seeing Bastianini leading the way in the early-goings having won half the contests so far on his old baby… 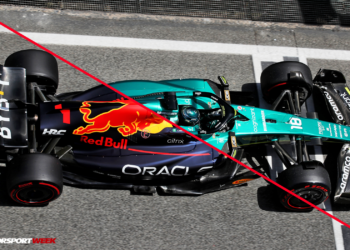 Sliders: Compare all angles of the Aston Martin and Red Bull