Has McLaren got its mojo back? 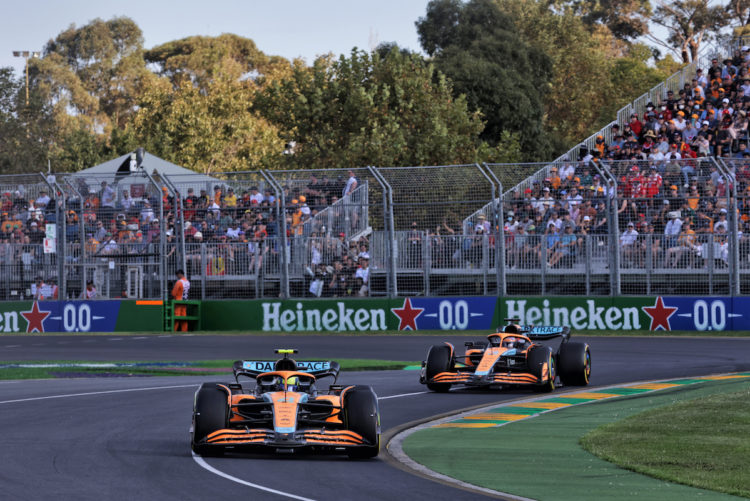 It was a shock to everybody, including McLaren, to see where in the field the once-great F1 titan was competing during the opening two rounds of the 2022 Formula 1 season. Just last year, the Woking squad ended their nine-year victory drought with a spectacular 1-2 in Monza. The team also looked like it had a consistent rhythm as it finished fourth in the Constructors’ Championship a solid 125 points clear of their nearest rivals Alpine. This year the team was looking to push ahead into the top three places after spending several seasons at the head of the midfield.

But in Bahrain, it was clear that regular podiums and wins were not to be in 2022. While Ferrari had indeed made a leap forward following their tussle with McLaren for third in the Constructors’ Championship last year, the Woking-based squad was left lingering well outside the top 10 and well out of contention.

It was somewhat similarly uncompetitive in Jeddah, with Lando Norris admitting that the team’s “one big problem” was its lack of downforce. It was bluntly disappointing to see McLaren once again drop away from the head of the back amid a major change to the technical regulations.

But this past weekend in Melbourne, things took a genuine turn for the better. Lando Norris qualified in fourth place, ahead of everyone bar the Red Bulls of Checo Perez and Max Verstappen and Ferrari pole sitter Charles Leclerc. Even in the race the car looked comfortable throughout and in the early stages, it appeared that it had the speed to challenge Mercedes, but that started to fizzle out as the laps ticked down. Either way, it was a dramatic improvement on Jeddah just two weeks earlier.

It was an encouraging sign, and it was beyond a doubt the team’s best weekend of the 2022 campaign so far. However, while it was uplifting to see, it may not be the benchmark that the team operates under for the coming weekends.

“There are some things which we have done well, and we still managed to extract naturally a bit more performance out of the car by understanding a few more things, and going a little bit more in a different direction with the set-up,” said Norris. “But at the same time, I think the majority of [the improvement] is just the track. We’ve not brought anything that has changed much, and it’s not like we can do that much more with the set-up to make it go a lot quicker. It’s more 70-30, or 80-20 in terms of 80 is just track and 20 is just hard work.”

Therefore, it’s really difficult to imagine where McLaren might end up as the season goes on. While it’s clear that it isn’t fighting for the positions that their fans would hope for, many would hope that the sorrowful showing in Bahrain and Jeddah is a showcase of the past.

McLaren has suffered competing for positions that are away from the Formula 1 limelight for some time, having gone through a period where it was a giant force to be reckoned with. The 2010s was a disappointing decade for the team, and the new technical regulations were a chance for it to begin a new era on the right foot, and back to making the impressions that it did in the 1980s and beyond.

Encouragingly for the team, Daniel Ricciardo had a strong weekend at his home race, despite once again being outperformed by Norris. At the finish line, Ricciardo was just half a second behind his team-mate, keeping him under pressure as he performed respectfully in front of the cheering crowd.

“After Bahrain I was obviously still very positive and I knew that we could make a turnaround,” said the grid’s favourite Aussie after the race. “I didn’t think it would happen already, so for that reason, I’ll definitely take it. The weekend as a whole has just been smoother, smoother as a whole. We’ve shown a lot for it.”

But should Ricciardo still be performing while gazing at the rear wing of his team-mate? While his form may have taken a turn for the better this year, surely the Australian joined McLaren looking to make it ‘his team’? Whatever the case, the last thing that McLaren can afford right now is intra-team politics, something it is no stranger to, albeit under a different management structure and alternative drivers.

The relationship between Ricciardo and Norris seems distant at the moment, with the two not sharing (at least in the public eye) an overly-friendly connection, something that was obviously present when Norris was paired with now Ferrari driver Carlos Sainz who both remain very close friends despite now driving for different teams.

Despite that, McLaren remains one of the sport’s most marketable teams, and Formula 1 doesn’t need McLaren to be competing outside the points, never mind any lower. Although its successful history doesn’t entitle it to a spot at the front in the modern era, it only seems right to want to watch it compete for success.

When might that time come again? Watch this space…

This opinion article originally appeared in issue 462 of our weekly digital motorsport magazine, Motorsport Monday. Completely free to read with no sign-up necessary, Motorsport Monday is published every Monday morning and is packed full of motorsport content. Check out the latest issue here.