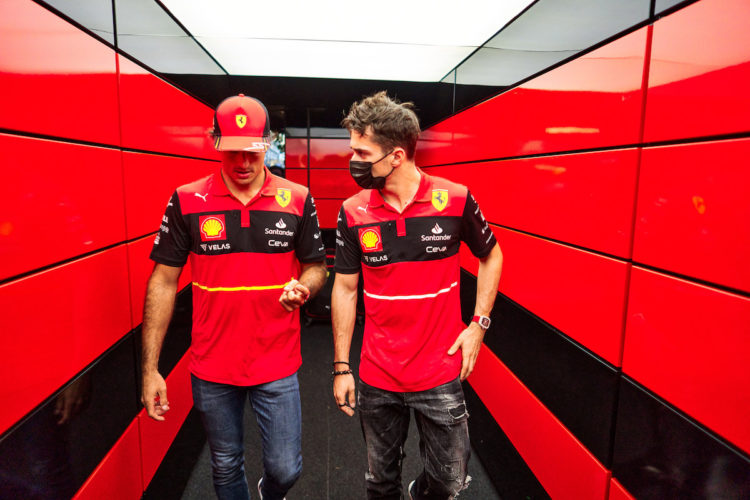 Leclerc currently leads the Drivers’ Championship, having taken two victories and one second place at the first three races of the 2022 campaign.

Sainz endured a difficult weekend in Melbourne last time out, qualifying in ninth place before spinning out of the race on lap two following a self-inflicted mistake.

The Spaniard is currently 38 points behind Leclerc in the standings, which could lead to him supporting Leclerc’s championship hunt, according to Brundle.

“Carlos Sainz had the weekend from hell, missing out on a solid qualifying lap when his friend Fernando Alonso caused a red flag by crashing due to technical issues, and then with further engine starting dramas not delivering a representative lap,” Brundle wrote in his column for Sky Sports.

“Out of true position in 9th on the grid he needed a last-minute steering wheel change which led to an awful start, and he then proceeded to have a brutal midfield fight on hard compound tyres, eventually impatiently spinning off the road.

“He may well end up having to play a supporting role to Leclerc from here, depending on how the competition shapes up and if he can win the next couple of races, which is not out of the question.”

Ferrari has not produced a Drivers’ Champion since 2007 with Kimi Raikkonen, while its last triumph in the Constructors’ fight came in 2008.

The Maranello-based squad contested for the championships in 2017 and 2018, however on both occasions, its attempts dwindled in the latter stages of the season.