Edgar forced to stop F3 season due to health issue 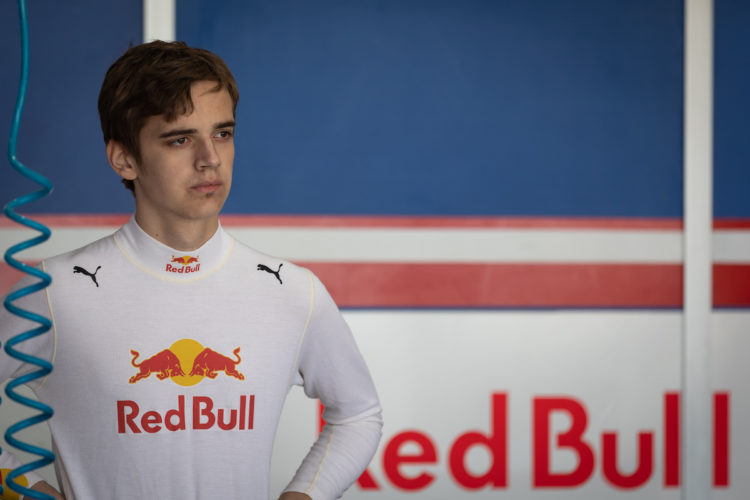 Jonny Edgar has been forced to bring his FIA Formula 3 season to a halt due after being diagnosed with Crohn’s Disease.

Edgar, who is part of the Red Bull Junior Team, began his second campaign in F3 in Bahrain last month.

However, on Monday, he confirmed his diagnosis and has decided to prioritise his health over racing.

“As a family, we have made the extremely difficult decision that I will not continue in the 2022 FIA F3 Championship until I am feeling well again,” Edgar said in a statement.

“Having recently been diagnosed with Crohn’s Disease, at the present time I am simply unable to physically compete at the level required. Once on the correct treatment path, I will hopefully be back to full health/fitness but until then I need to take some time out to prioritise my health.”

Edgar will be replaced at the team by Dane Oliver Rasmussen, who spent the 2021 F3 season with HWA Racelab.

“It is with great regret that we say goodbye to Jonny Edgar, and we wish him the quickest possible recovery,” said Trident Team Manager Giacomo Ricci.

“Since the start of the season, he was weakened by physical issues, but he fought like a lion. He did not back down and continued to race.

“However, his conditions necessitate a break from his competitive activity to support his recovery.

“Jonny always gave his maximum to the team, he has a fantastic family and is a wonderful guy.”

Rasmussen will get the chance to become acquainted with the Trident team at the upcoming F3 tests in Jerez and Barcelona, before making his debut for the squad in Imola.

“He is a quick and experienced driver, and we are proud to welcome him to the Trident Motorsport family,” Ricci added.

“I am sure that he will quickly gain the chemistry needed to gel with the team, making the most of the four days of testing between Jerez and Barcelona, which will be followed by the round at Imola.

“We will put up our best effort to help Oliver and we are sure that he will provide a great contribution to the team.”