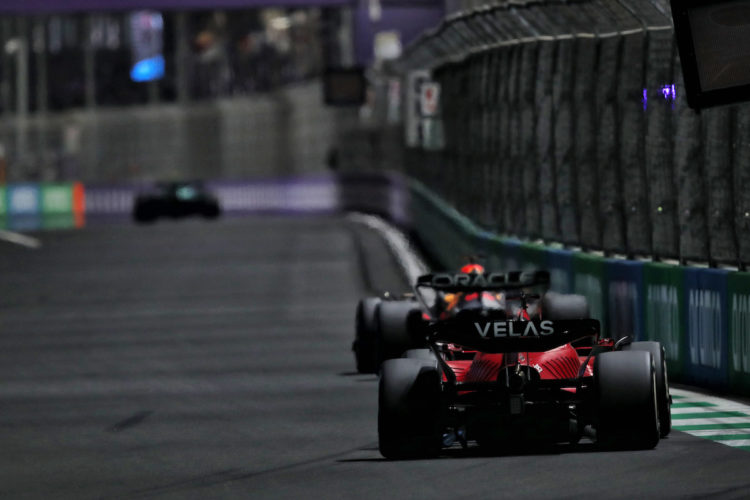 Charles Leclerc doesn’t believe that Ferrari possesses an advantage over the rest of the field with its Power Unit in 2022.

The engine built by the Maranello-based squad this year has performed well, with some, including Haas Team Principal Guenther Steiner, labelling it as the best on the grid.

The works Ferrari outfit has proven to be competitive, taking victory at the opening race of the season and missing out on the win last weekend in Jeddah by just over half a second.

While Leclerc acknowledged that Ferrari has improved its Power Unit from last year, he denies that it has an advantage over its rivals.

“Well, first of all, I can feel the difference from the car, the progress that’s been made from last year to this year and this is nice,” he said.

“It’s the result of all the work of the guys back in Maranello and it’s also a reason why we are much more competitive this year so it’s great to see that.

“On the other hand, I don’t think we have any advantage. I think we are very similar to where Red Bull is at the moment which they seem to be very strong, power unit-wise.

“We need to keep pushing but yeah, it is definitely a big step from last year.”

Ferrari Team Principal Mattia Binotto mirrored Leclerc’s comments, stating there is little difference between the four manufacturers on the grid.

“At first, last year we got a disadvantage that we tried to catch up and I think if we look at the data we are certainly more in line [in 2022],” Binotto said.

“On the first two races and on the analysis we have done so far it seems that between Power Units of different manufacturers the different is very little.

“We are really reaching a convergence.  While it was a disadvantage for us last year it’s not anymore.”