Hamilton hopes to have ‘positive impact’ with Apple TV+ documentary 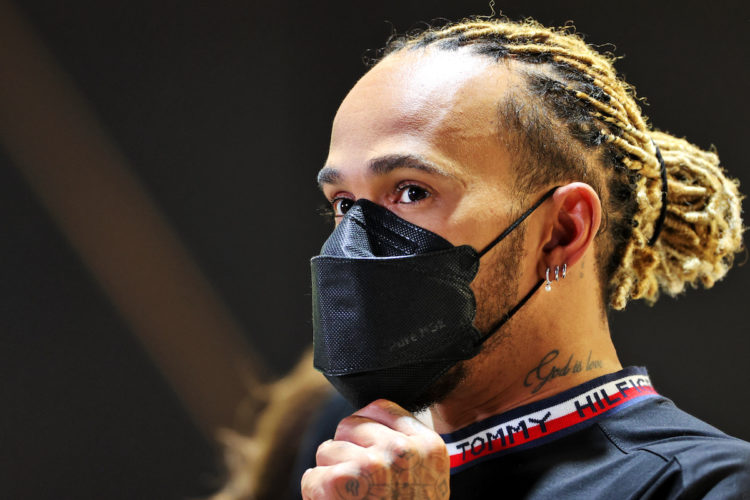 Lewis Hamilton says he hopes his upcoming documentary on Apple TV+ will have a “positive impact” on people.

The documentary, which as of yet doesn’t have a title or release date, has full access to seven-time Formula 1 World Champion Hamilton and his team.

Recently, a film depicting the story of Serena and Venus Williams, as well as their father Richard, was released worldwide with Will Smith winning an Oscar for Best Actor in the movie.

When asked if a similar biopic could be made of him going forward, Hamilton asserted that his current focus is on the Apple TV+ documentary.

”We have this documentary that we’re working on and I think you have to just do everything at the right time,” Hamilton said.

“The documentary is the current focus. I think stories are there to be told. I think it’s important. I think there’s lots that can be learned.

“And as I mentioned, for people, if you can affect and have a positive impact, if your story can have one positive impact even on one person or one family that’s could be amazing.

“Very inspired by how Will [Smith] did it with his team. And with those two icons, pretty proud of them. So yeah, maybe one day.”

Hamilton has been linked to another upcoming F1 movie project by Apple, starring Brad Pitt, in a consultancy role.

Although he didn’t confirm that he was involved in those particular plans, Hamilton has said that he is “going through a process right now of castings for another project that I have”.

He added: “That’s quite an interesting process to go through. So it’s quite exciting, reading up on all these different characters, people that could fit a role that the script.

“You know, when the script’s written, and they’re writing that character, finding someone that matches that and  represents that character is quite an interesting process.”