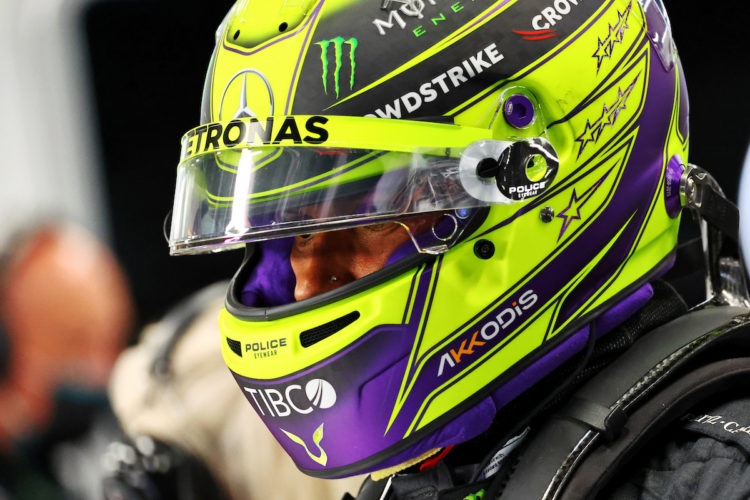 Lewis Hamilton has accepted blame for an “undriveable” car set-up following his early elimination from qualifying on Saturday in Saudi Arabia.

The seven-time World Champion failed to progress past Q1 for the first time since Brazil 2017, and is set to start Sunday’s race in 16th position.

Mercedes has struggled throughout the weekend in Jeddah, with its difficulties from the season-opening event in Bahrain carrying over.

However, Hamilton’s team-mate George Russell managed to progress further into qualifying, ending the session inside the top 10.

“I don’t know how different the cars are for set-up, but the car was undriveable with the set-up I chose,” Hamilton said.

“It was my decision, made some set-up changes, don’t know if that was everything to do with it, but it was very unstable, so I don’t know how it’s going to be tomorrow, it’s a long way back.

“Something in the set-up was looking good in P3, tried to progress in a similar direction and maybe we went too far, and it was just undriveable, so nervous.”

As well as suffering from a nervous car, Hamilton has struggled with its straight-line speed in Jeddah.

With the track consisting of many high-speed sections, Hamilton anticipates that he will struggle to make overtakes in the grand prix due to its issues.

“We’re generally quite slow on the straights so I think it’s going to be a difficult race,” he commented.

“[The] engine felt fine in the session, it’s clear the others have caught up but we don’t know how much is drag or just power.”