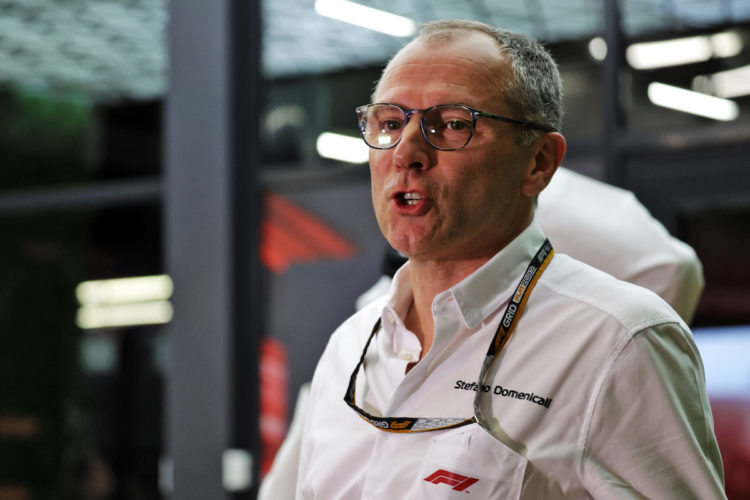 Formula 1 is helping to modernise Saudi Arabia, according to the sport’s CEO Stefano Domenicali.

F1’s arrival in Saudi Arabia was met with controversy in 2020 amid an outcry over human rights violations in the country.

On Friday, a missile struck an Aramco oil depot in Jeddah, just 10 kilometres from the circuit that’s hosting the second round of the 2022 season this weekend.

Drivers held a lengthy meeting that lasted over four hours on Friday night after F1 assured it was safe to continue with the event, with reports suggesting that the drivers were not keen to go on with the grand prix weekend.

Domenicali believes that F1 is doing its part to help the modernisation of the country, which he explained can’t be done overnight.

“We are not blind but we don’t have to forget one thing, this country, also through Formula 1, we believe [it] is doing massive step forward,” he said.

“You cannot pretend to change a culture that is a millennium [old] in a blink of an eye, the resources they are moving in place to move forward… you see here women couldn’t drive a couple of years ago.

“They are achieving it, they are changing a lot of laws to make sure this is happening.

“Of course there is tension, things to improve, we don’t want to be political on that, but I believe we are playing a very important role in the modernisation of this country, we are focusing on making sure this is at the centre of our agenda.”

Domenicali denies that the drivers were looking to boycott the remainder of the weekend, insisting that F1 is operating jointly.

“I think the word boycott is not the right word, we are not here to be in two categories, we are one family of Formula 1,” he said.

“Drivers are concerned and it is just a matter of discussing, explaining, things that have to be explained in a proper way.

“You have seen the GPDA release, our position, to make sure it is pretty clear. [The] good news today, I have seen all the drivers focusing on an incredible day of qualifying.”

Leave a Reply to Keith C (not that one) Cancel reply