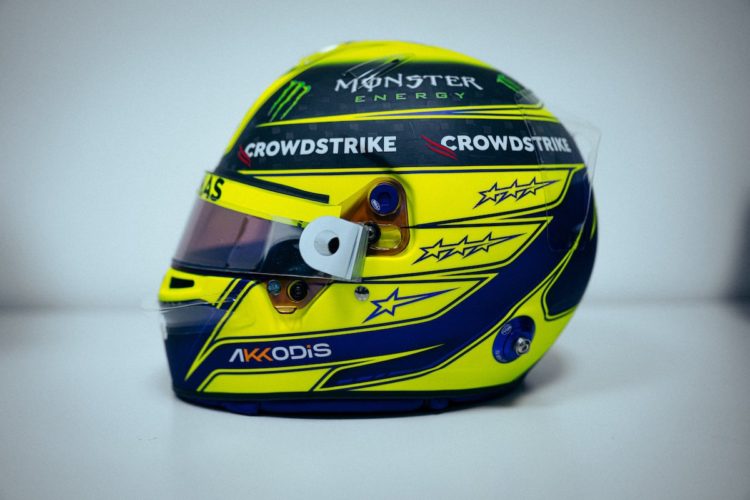 The design is a throwback to the scheme that the Briton used during his early days of racing in karting, as well as his first years in F1.

Over the last handful of years, the Mercedes drivers has predominately used a black and purple helmet, but has opted for a fresh design for the upcoming campaign.

“For this year’s helmet I wanted to show love to my beginnings,” Hamilton wrote on social media.

“As much as I love purple and black, yellow is my history. I’m going into this season with the same dedication, drive, and passion I had way back in my karting days.”

Hamilton enters the new season following a controversial end to the 2021 campaign, when he missed out on an eighth F1 title to Max Verstappen.

During pre-season testing, Mercedes raised concern over the pace of its car for 2022, insisting that it is not in possession of a race-winning challenger ahead of this weekend’s season opener in Bahrain.

Leave a Reply to F1 fan for all Cancel reply