Alpine on course for Sebring win with two hours to go 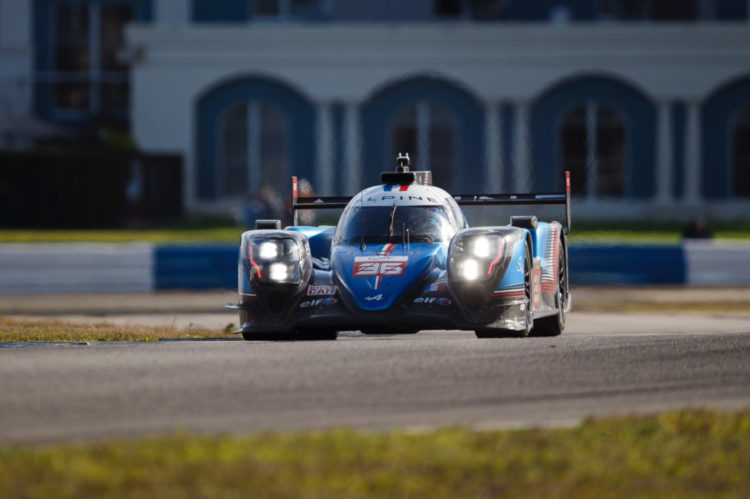 With two hours of racing remaining in the 1000 Miles of Sebring, Alpine looks to be headed towards their first overall victory in the FIA World Endurance Championship.

The #36 Alpine A480-Gibson, currently in the hands of Matthieu Vaxiviere, holds a lead of over a minute to the #8 Toyota GR010 Hybrid of Ryo Hirakawa.

The #8 car is the lone remaining Toyota in the race. The #7 car has been taken out of the race after a big crash for Jose Maria Lopez around the halfway point of the race.

The sister Toyota, however, has also suffered delays. The car had to come in for emergency service behind the safety car after the race was restarted when Brendon Hartley was behind the wheel.

The car then had to go back in for a full stop when the race was green, causing it to drop time to Alpine.

The #708 Glickenhaus 007 LMH, currently in the hands of Olivier Pla, sits a lap down. It too suffered a delay when it was handed a drivethrough penalty for overtaking before the line during the restart.

LMP2 continues to be led by United Autosports, with Oliver Jarvis currently out front in the #23 United ORECA 07-Gibson.

The Briton leads the two Team WRT cars of Robin Frijns and Ferdinand Habsburg, with Lorenzo Colombo fourth for Prema.

Porsche’s #92 911 RSR-19 is still leading in the GTE Pro class, with Michael Christensen currently behind the wheel.

NorthWest AMR still looks on course to win GTE Am, with David Pittard currently at the wheel of the #98 Aston Martin Vantage AMR, leading under thirty seconds from the #56 Team Project 1 Porsche 911 driven by Ben Barnicoat.