Our F1 writers make predictions for the 2022 season 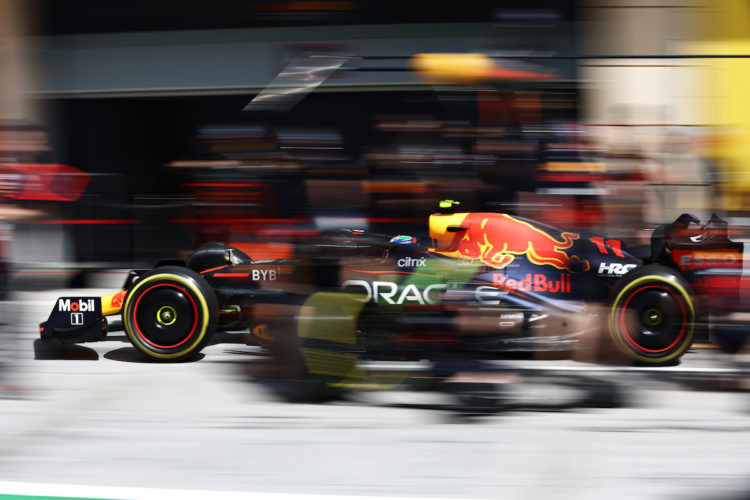 The 2022 Formula 1 season gets underway this weekend, with the Bahrain Grand Prix commencing the new campaign for the second successive year.

A new era of technical regulations brings a lot of unknowns, so in this piece, our Formula 1 writers Ryan Wood (RW), Phillip Horton (PH) and Fergal Walsh (FW) share their thoughts on a number of topics for the year ahead.

Who do we expect to be surprise of the season?

RW: I’d like to see Williams do something special. OK, they won’t be winning races, but I think Alex Albon could score quite regularly for the team. The car design is bold. Testing wasn’t quite the success they hoped for, but I think they’ll unlock some pace and Albon will shine.

PH: I hope Haas. They’ve had a ropey few years with poor performances and dubious title sponsors but took the hit last year for the long-term. It’d be great if they could start the new year properly in the thick of the midfield and in with a shot of getting points if they string it all together.

FW: Mick Schumacher. He showed flashes of prowess in his rookie year, and he traditionally has always stepped up his game in his second season. Pitched against Kevin Magnussen, who has experience both in F1 and with Haas, will be no easy opponent. But perhaps Schumacher can muster a surprise and best him.

RW: Haas really endured a tough 2021 season by doing the absolute minimum development, to instead focus on developing a quick 2022 car. I think that decision will pay off, because they can’t really do worse than they did last year. I expect them not to be last, but it’s certainly not going to elevate them to the midfield. The team will score points, but won’t be regular top ten finishers.

PH: Without repeating another answer – I think so. They have largely kept the same operating model but with useful tweaks, such as greater involvement from Ferrari, and the fact they’ve done it before shows they can do it again. Remember this was a team that finished fifth in 2018. Mick Schumacher has typically kicked on in year two in a series while Kevin Magnussen is an upgrade on his predecessor – an unexpected bonus out of a grim situation.

FW: It should do. While it’s highly unlikely they’ll be winning races soon, 2021 was difficult to watch at times. Its driver and sponsor disturbance ahead of 2022 is now behind it, and with a car that has had a huge internal focus over the last 12 months, the only way is up for Haas. Just how far it can reach this year though, remains to be seen.

How will Russell fare against Hamilton?

RW: Russell proved in Bahrain 2020 what he can do in a quick car and up against a quick driver in Valtteri Bottas. So there’s certainly no doubting his talents. However going up against a seven-time champion in Lewis Hamilton is an entirely different ball game. The pressure could get to the youngster, or he could thrive. I expect the pair to be fairly closely matched come the end of the year.

PH: You’d expect early on for George Russell to perform at worst on par with what Valtteri Bottas was doing: able to sometimes out-qualify Hamilton, and occasionally beat him, while grabbing useful points for the team. That would be a good first half of the season – the aim early on should be about establishing himself at Mercedes and laying foundations.

FW: Realistically, it wouldn’t be fair to Hamilton to expect that Russell will challenge him. Although Russell has a stellar racing record and is no stranger to Mercedes, he’s facing the biggest challenge he will arguably ever come across in his career. Perhaps he may be more of a match up than Bottas was, but in the first year of partnership, Hamilton should come out on top – but maybe not with relative ease.

Will the 2022 calendar actually exceed 20 races?

RW: Yes. Although Russia has now dropped off and there’s the risk that the situation in Ukraine could spill over and result in further cancellations – such as Baku – I think F1 has proven it can operate under tough circumstances, you just need to look at 2020. Replacements will step up.

PH: Yeah, F1 will comfortably get over 20, seeing as that happened last year already. A replacement round for Russia is likely to be sorted out pretty soon with Qatar the front-runner to step in to fill the void and that’ll make 23. It’s exciting that F1 has Miami joining in May, and is talking to Las Vegas for the future, but it is also a shame there’s no race in Germany.

FW: The season hasn’t started yet, but already, two events have been botched. With Europe facing a precarious situation and Covid-19 still on the radar, who knows how the year will unfold. A shorter calendar of 17 to 19 races exists in an ideal world, but contracts are in place – so the best we can hope for is that they are practised in 2022. F1 has faced challenges before and has overcome them, so it should comfortably see past 20.

RW: During testing we saw a number of times that cars were able to follow more closely. It’s what the new rules have been designed to do, so it would be rather disappointing if it didn’t happen. Will we get more overtaking? Well that depends on many other factors, but I think we’re set for a great season of racing.

PH: Yes. Already during testing drivers have been positive over the ability to follow; the question is how much that may be negated on the straights if the slipstream effect has been reduced. It may mean that racing becomes substantially easier at some venues but the positive impact is not quite so dramatic at others. That’s not necessarily a bad thing as no-one wants passing to be too easy or just come through the flick of the DRS button.

FW: That’s the hope! While the drivers at pre-season testing reported that following through the corners was easier, a couple brought up the point that the slipstream effect has been reduced this year. Whether the compromise is in favour of good racing, we’ll just have to wait and see.

Are Mercedes really behind rivals?

RW: Every season we get the ‘we’re not the quickest’ line from Mercedes and every year we’re stupid enough to buy it. However this year seems different for some reason. They really looked as though they were struggling in Bahrain, the car wasn’t planted like some others. I think we’ll see Mercedes struggle in the early races, but it’ll only be a matter of time until they get on top of their woes and fight for wins.

PH: At this stage they are. They have talked down their prospects before but the bouncing was very prominent and they haven’t quite unlocked their full potential. However, this is Mercedes, they have eight titles in a row, and it won’t be long before they figure out a way of getting the W13 in the right window. I’d be surprised if they were anywhere worse than the bottom half of the top 10 of the grid in Bahrain.

FW: Mercedes has made noise about how it currently doesn’t possess a race winning car – but that doesn’t mean it’s not a championship-calibre challenger. Development will play a crucial part in this year’s fight, and even if it doesn’t have the fastest car in Bahrain, it has more than enough manpower and knowledge to get itself to the head of the pack.

Who is under most pressure?

RW: Haas is under pressure to perform. Aston Martin’s had money thrown at them. Mercedes are the reigning champions. Ferrari has the eyes of millions of tifosi on them. Everyone is under pressure in Formula 1, but if I had to pick one person, I would say Charles Leclerc. He was beaten by new team-mate Carlos Sainz in his first year in red. If the Ferrari really is as good as people seem to think, then Leclerc needs to make sure he’s the one leading the title charge.

PH: There’s a few candidates in this arena. In terms of teams you’d have to look at Ferrari, Alpine and Aston. Ferrari because they have an expectation to win and the advantage of not being in last year’s title fight. They have to be up there because if not now, then when? Alpine and Aston Martin because they have long-term ambitions and 2022 is the first acid test of their projects – Alpine has to answer to Group Renault, and Aston to the impatient Lawrence Stroll. In terms of drivers I’d say Daniel Ricciardo needs a strong start after a subdued 2021, while Yuki Tsunoda has to turn potential into reality because there’s a host of Red Bull juniors in F2 this year snapping at his heels.

FW: Who isn’t under pressure in F1? But for the fun of singling someone out, it’s Daniel Ricciardo. Despite ending McLaren’s win drought last year, it was clear that team-mate Norris was the stronger driver. His preparation for the new season has been hampered after sitting out the Bahrain pre-season test due to being unwell, which was later revealed to be Covid-19. It’s far from the start he needed, but maybe in his second year, he can once again show us the elite skills he displayed in his Red Bull days.

What’s the thing we most want to see?

RW: We were spoiled last year. So more of the same? Closer racing and a tight title battle are all we ask for. Wouldn’t it be great to see three or more teams in with a chance of championship success come Abu Dhabi?

PH: An ultra-competitive and engrossing title fight between multiple drivers from multiple teams that avoids the toxicity of 2021’s battle.

FW: A close title fight is all that anyone wants to see. I fear that we were a little too spoiled in 2021, given just how intense and unpredictable it was. But it’s the ultimate product, the biggest reason why we tune in. A second note, it would be nice to see a team that has occupied the midfield over the last number of years start to compete for podiums or maybe even race wins on a more consistent basis.

PH: One of Fernando Alonso or Sebastian Vettel will call it a day after 2022. Or maybe both.

FW: All 10 teams will score a podium finish in 2022. Eight of them did it last year, so why can’t we go two better this time around?