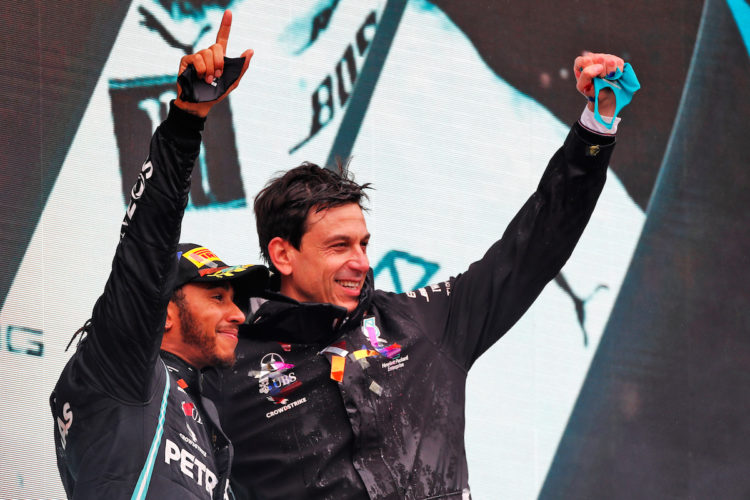 Mercedes team boss Toto Wolff has spoken out about a chat he had for several hours with Lewis Hamilton that salvaged their relationship.

Hamilton once endured an intense rivalry at the Brackley-based team with former team-mate Nico Rosberg.

Hamilton bested Rosberg to the F1 titles in 2014 and 2015, however in 2016, Rosberg came out on top in a season that was filled with tension and on-track incidents.

Rosberg opted to walk away from F1 at the end of his championship-winning season, before Hamilton went on to secure four more titles to date.

Speaking to The Times, Wolff says that following his intense rivalry with Rosberg, he spoke to Hamilton during a Christmas party where their differences were put aside.

“We met at the Christmas party in my home in Oxfordshire that December, reluctantly,” Wolff said.

“We were in my kitchen. I said to him, and Susie [Wolff] didn’t much like this analogy, that even though Susie and I might disagree about something, [it] would never come into my mind to divorce.

“’And it’s the same with you Lewis,’ I said. ‘I don’t want a divorce. You’re the best driver. I want you in our car and we want to provide you with the best car’.

“We kind of went into this discussion at loggerheads and then, after four or five hours in the kitchen, we found ourselves on a totally different level.

Hamilton is currently contracted to Mercedes until the end of the 2023 season.