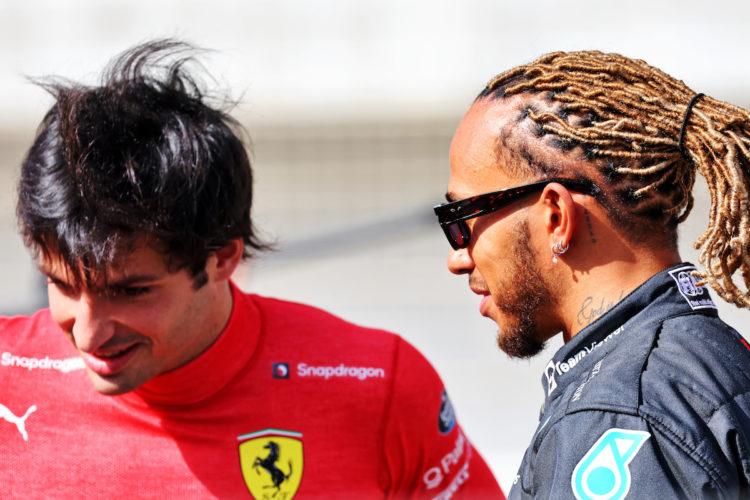 Mercedes’ Lewis Hamilton has responded to comments made by Ferrari’s Carlos Sainz, stating the team is not attempting to portray itself as underdogs for the 2022 Formula 1 season.

At pre-season testing in Bahrain, Hamilton’s team-mate George Russell complemented Ferrari by saying it appeared to possess the strongest car on the grid.

Sainz responded to Russell’s words, believing that it was a “typical” Mercedes tactic to play itself down before producing the fastest challenger at the opening race of the year.

“I think it’s typical Mercedes, typical George, hyping up the others and then come to the first race and blow the competition away,” Sainz said.

“As you can imagine, I don’t believe much. In the GPS we can already see what they’re doing.”

Hamilton too praised Ferrari and Red Bull when asked who he thought would be winning if the season started tomorrow.

“I think Ferrari, from what I can see, today Ferrari would probably be getting a 1-2 or maybe Red Bull,” he said.

However, the seven-time World Champion denies that Mercedes is purposely cooling its own chances, pointing to the on-track hurdles that he has faced so far behind the wheel of the W13.

“We’d be really, really good if we were having all these oversteer moments and having this tacky driving just to hide our cards,” Hamilton said.

“It’s not the case, no. We have things that we’re trying to get through, as I said, others are struggling less.

“Who knows – maybe when we get to next week we’ll have a better understanding.”

Mercedes enters the year chasing a ninth consecutive Constructors’ Championship, having not missed out on a teams’ title so far in the turbo-hybrid era.