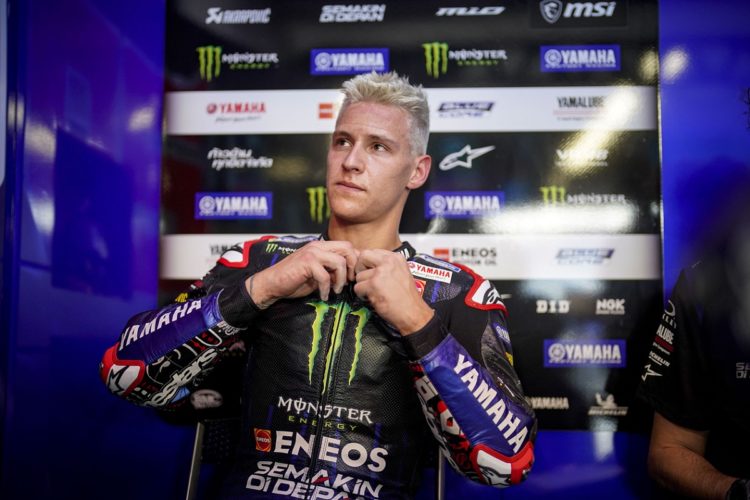 Fabio Quartararo described his Qatar Grand Prix as a “disaster” after managing a lowly ninth just 12 months on from taking victory at the venue.

The reigning MotoGP world champion struggled for outright speed all weekend as Yamaha continued to lack power with its M1, the Frenchman consistently 12 kilometres per-hour down on the fastest pilots through the start/finish speed-trap-equating to a three to four tenth-of-a-second loss in the final sector alone.

The result of this was a lowly 11th just ahead of factory Yamaha team-mate Franco Morbidelli in qualifying, while a rapid start – in which he rose to seventh by the conclusion of the opening tour – largely went unrewarded as he took the chequered flag ninth, demoted from eighth on the run to the line by Pramac Ducati’s Johann Zarco by just 0.007s.

Quartararo revealed that overly low pressure in his front tyre prevented him from utilising his M1’s historically formidable race pace, culminating in a contest that he could label only as a “disaster,” and this leaving him pessimistic over his chances in MotoGP’s return to Indonesia at the Mandalika International Circuit in two weeks time.

“To be honest it (Qatar GP) was a disaster, we had a good start which is a positive thing but then from the second lap we had front tyre problems and we don’t know why,” said Quartararo.

“The temperature was OK, it was a pressure problem because it was way too high, the bike was almost impossible to ride with these numbers but you always learn from these things.

“This is the reality (of racing) so we need to keep focussed and motivated to see what we can do next.

“I’m not sure (chances at Mandalika) because I didn’t expect that many people being fast from the (Qatar) test to this weekend, so we’ll see because I think many riders have made a big step and I think it will not be easy.”