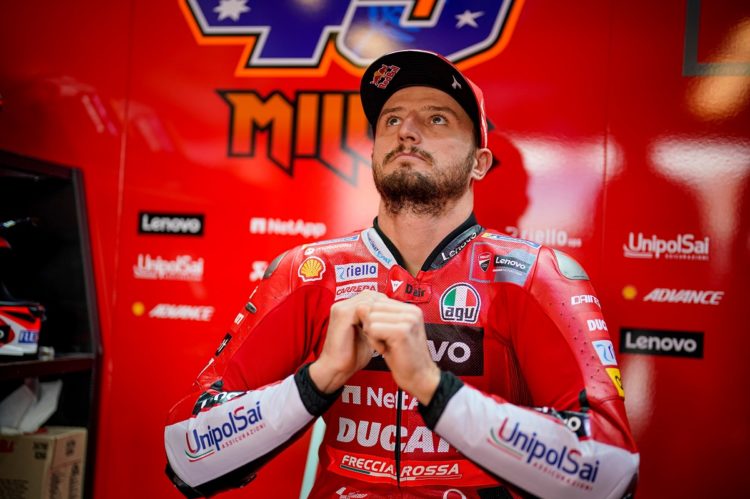 Jack Miller has revealed that problems with the electronic systems on his Ducati forced his early retirement from the Qatar Grand Prix after looking good to challenge for the podium.

The Aussie was keen to move forward on Sunday after qualifying fourth, though his chances were immediately dashed as he began to struggle with a lack of power, the result of which saw him quickly slip back through the field in the early laps.

He initially tried to continue and find a resolution by cycling through different power maps, though his attempts would ultimately prove futile as he peeled into the pits to retire after only six laps.

The three-time premier class race winner says he suffered a lack of power as a result of an electrical failure, a costly problem that he feels cost him the opportunity to possibly challenge for the race win.

“It was an electronic issue and the bike didn’t seem to know where it was on track from the beginning, especially on the front straight coming out of the last corner I had it shifting up to fourth with low RPM, and it was only giving me 100% power at really random places,” explained Miller.

“I felt good going into the race today as the qualifying speed was there, race pace was there throughout FP3 and FP4 and also warm-up but it’s just one of those days.

“I’m not saying I could have won the race or anything but I could have run with those (front running) boys today, it wasn’t to be but we know what happened and we can learn from it to help us prevent it across the rest of the season.”