Espargaro: ‘Me and Honda sent a message’ in Qatar GP 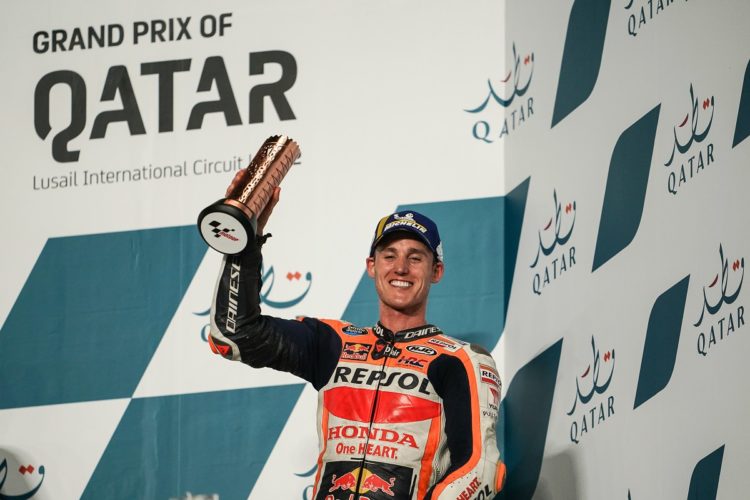 Pol Espargaro reckons that he and Honda “sent a message” to the world that “not just Marquez can win with Honda” after leading the bulk of the Qatar Grand Prix.

Espargaro suffered a tough maiden year with Honda in 2021 as he struggled to get a handle on the temperamental RC213-V, the Spaniard scoring only a sole rostrum result when he completed a Honda 1-2 behind Marc Marquez at Misano en-route to 12th in the rider’s standings.

Honda elected to introduce an all-new version of its MotoGP challenger for this season as it tried to improve its competitiveness across all its riders – six-time premier class champion Marquez the only one able to tame the aggressive pre-2022 spec machine on a consistent basis – a decision that looked to have worked immediately with Espargaro being left thrilled following a strong pre-season.

He followed this up in the first event of the year in Qatar as he led 17 of the 22 laps before ending up third in the final reckoning after making a late mistake while battling Enea Bastianini for the lead, with Marquez taking the chequered flag behind him in fifth.

Despite being disappointed on missing out on a first ever MotoGP victory at the death, Espargaro reckoned he had “sent a message” that “not just Marc Marquez can win with Honda.”

“Honestly speaking finishing third at the end after leading almost all the race is not what you want to get at the end but overall I think me and Honda sent a message tonight that not just Marc Marquez can win with Honda,” said Espargaro.

“This is great after Honda having just one guy winning, this is great for the whole team and this means that the bike can win with different riding styles which is amazing so I think most of the glory should go to Honda because they have done an amazing job.

“I ran out of tyres (at the end) because that race wasn’t the plan, it went opposite because we expected a big group of riders and I wanted to stay out the way until the end to keep the tyres cool and the fuel consumption in a good place but the race went completely differently.

“I was fast and leading and heating up the tyres, I was thinking so much about the guy behind me but I felt comfortable and thought that I don’t care what happens, I wanted to lead until something exploded just to show that I can be there and have the talent to be a factory Honda rider.

“I just wanted to enjoy and show the world that Honda is back and me as well, I want to be strong every single weekend and fight for the title at the end of the year.”