Analysis: The 2022 cars are slower, but at the same time, quicker 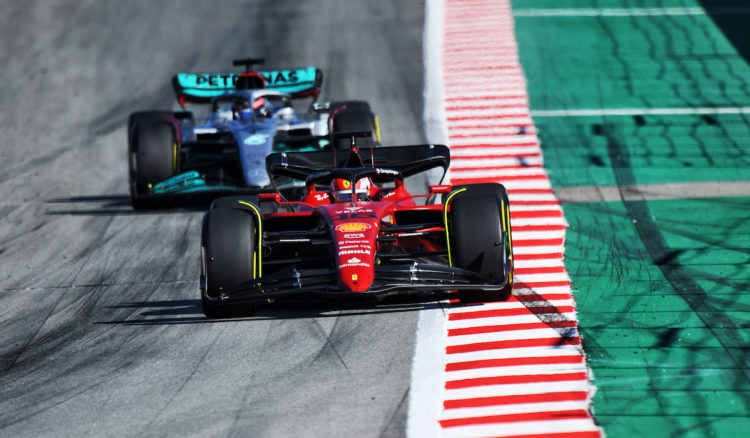 Thankfully media are still allowed to attend the test, even if fans aren’t. So we were able to witness in person just how dramatic these new 2022 Formula 1 cars are.

Unfortunately you can’t read too much into testing, especially not the timesheet – if you bet on that order you’re almost guaranteed to lose. The only indicator on the timesheet that provides some insight is the amount of laps a team completes during the day.

Day 1 saw not a single red or yellow flag, which is almost unheard of, especially when the sport undergoes a radical technical overhaul, which it just has. Perhaps teams just weren’t pushing hard enough..? Saying that, Alfa Romeo hit a few bumps on Wednesday as reserve driver Robert Kubica only managed nine laps in the morning, whilst Valtteri Bottas could only muster 23 for a total of 32.

Alfa Romeo, along with Haas, which achieved just 43, claim it was just opening day hiccups, but the remaining eight teams looked bulletproof. Red Bull, with champion Max Verstappen behind the wheel completed 147 laps. In fact all eight teams easily surpassed the 100-lap mark. Ferrari completed the most, 153, with running split between Charles Leclerc and Carlos Sainz.

That doesn’t tell us who is quicker though and nor does the timesheet as teams run to set programmes, cycling through various fuel loads, engine modes and tyre compounds.

To gain some insight into the pecking order, one must head trackside and witness the cars up close as they navigate the Barcelona circuit.

We did just that, first standing at the slow final chicane (Turns 14/15) where the cars look almost stationary. Making comparisons to last years cars is difficult when you last saw them navigate this chicane some nine months ago, but they are notably slower.

This was to be expected. The 2022 cars are heavier, mainly thanks to the larger Pirelli tyres which not only add weight, but have also changed the entire suspension set-up. Previously cars relied heavily on the large tyre shoulder to absorb the bumps and kerbs, but with these new low-profile tyres, that is now solely the job of the suspension which means aggressively attacking the kerbs isn’t the best option.

However it’s not all bad news. F1 expected these new cars to be around 2.5s/lap slower than their predecessors with the downforce slashed. But that doesn’t look likely. The teams themselves reckon by mid-season they will be just as quick as 2021.

The cars are making up lap time elsewhere on the track. Standing at the end of the pit lane, where cars brake from 320kph down to just 165kph in a matter of metres, it’s obvious they are quicker in a straight line, yet they’re still braking in the same spot. That’s because they are running much larger brake discs which are not only counteracting the heavier weight of the cars, but also slowing the cars more quickly.

The move to ground-effect downforce, which produces little drag, rather than downforce generated by very draggy wings, is allowing for greater top speeds, which can be carried through long, sweeping high-speed corners. This was again evident at Turn 2, 3 and 9.

We can’t say at this moment in time which cars looked the most planted, we didn’t get the chance to witness them all, but we can safely say they remain very impressive machines.

Something else of note was the fact cars were seen following one another closely. Again it’s too early to say whether the new rules have had their intended effect, by allowing cars to follow closely without losing downforce, but the first signs appear bright as they were noticeably able to remain close through corners with little sliding.

But if you still want to read into the times, here they are…