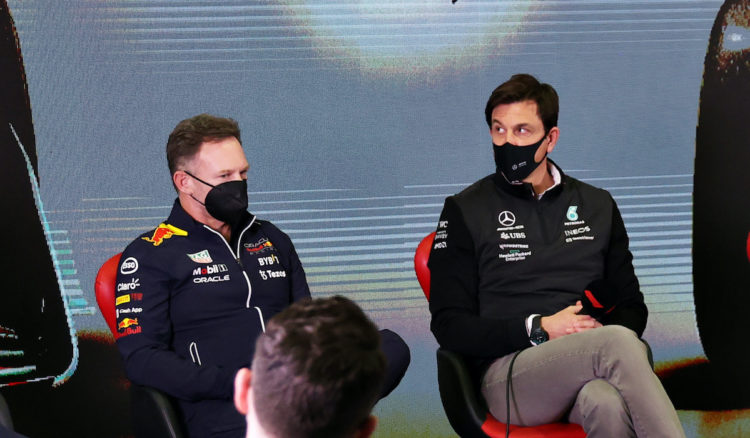 Mercedes consider the Abu Dhabi debacle a “closed chapter” according to Toto Wolff, who is keen to move on from the events of the 2021 Formula 1 season finale.

The race was marred by improper application of the F1 rules as just a handful of cars were allowed to un-lap themselves behind the Safety Car. That aided Max Verstappen in his bid to become World Champion as it removed the lapped cars between him and race leader Lewis Hamilton, but not those behind the Red Bull driver.

Mercedes protested the race result, which was rejected by the stewards. The team then opted to appeal, but later withdrew after the FIA promised a thorough investigation into the events of the race. That investigation led to the sacking of race director Michael Masi, who has now been replaced by two race directors and a virtual race director, similar to football’s VAR system.

“We need to move on,” Wolff said of the matter when it was brought up on Wednesday during pre-season F1 testing.

“There has been so much talk about Abu Dhabi that it came to a point that it is really damaging for all of us stakeholders of Formula 1 and we have closed the chapter and moved on.

“Now it is about 2022. The game is on again, all points are [reset] to zero and there are new opportunities and new risks.”

Wolff fully expects the rivalry with Red Bull, which he admits got “brutal”, will continue in 2022.

“It’s to be expected,” he added. “It got fierce at times and brutal but there is a lot at stake. It is the Formula 1 World Championship and there is the fighting on track and the fighting off track, so that is OK.”