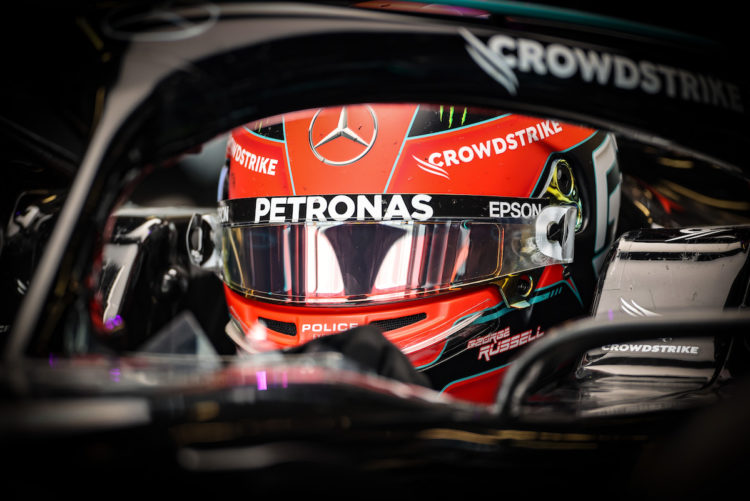 George Russell says he will not be satisfied with his Formula 1 career unless he claims a world title going forward.

The 23-year-old has joined Mercedes for the 2022 season, after spending the previous three campaigns with Williams, competing mostly towards the rear of the field.

Russell says that small milestones during his time at Williams were rightly celebrated, but that the achievements were “never enough” as he eyes up a first F1 title.

“When I got into Q2 for the first time, we celebrated a lot. When you do that a second and a third time, that wears off, you want to get to Q3.

“When you are in Q3, we celebrated a lot and we were excited. But then you want to be in Q3 at every other event, or every event. Until you are World Champion, it’s never enough.

“But it’s not a linear progression. I’m still learning my trade and if I’m P10, I’m still not World Champion, so I’m not overly fussed.

“I’m more grateful to have been able to learn my trade, a bit under the radar, and being prepared as much as possible for when I do have a car that hopefully can help me achieve what I want to achieve.”

Mercedes has been at the forefront of the F1 grid since the start of the turbo-hybrid era in 2014, and was only defeated for the first time in a championship fight last year.

Russell is set to line up at Mercedes alongside seven-time champion Lewis Hamilton this year, who penned a two-year extension with the Brackley-based squad in 2021.