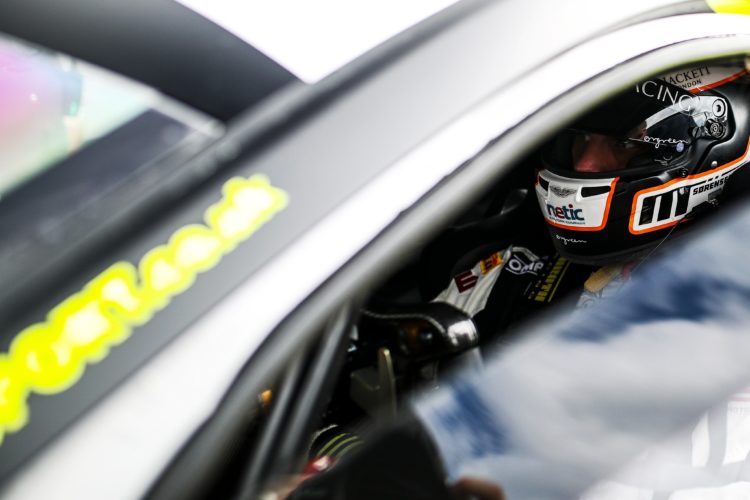 Sorensen will team up with bronze-rated driver Ben Keating and Florian Latorre aboard the team’s #33 Aston Martin Vantage AMR.

The Dane spent a season on the sidelines following his world title win when Aston Martin ended its GTE Pro factory programme in late 2020.

His longtime team-mate Nicki Thiim was recently confirmed to be part of rival Aston Martin squad NorthWest AMR’s line-up, meaning the two members of the Dane Train will now be competing against each other in the GTE Am class this season.

“It will be great getting back in the Aston with Ben and the whole TF crew,” Sorensen said. “I am sure we will get the job done! I already know all the TF guys really well as I have raced with them before. I am motivated and ready to go!”

24-year-old French racer Floridan Latorre completes the team’s line-up. Latorre raced in the Porsche Carrera Cup in 2021, scoring one victory, five pole positions and eight podium finishes over the course of the season. He was also one of the drivers to sample TF Sport’s WEC challenger at the Bahrain rookie test last November.

“I’m very proud to take part of this adventure,” Latorre said. “We have everything on our side to have a fantastic 2022. I’m looking forward to sharing this with all the team and to build the best results possible.”

Tom Ferrier, TF Sport team boss, added:  “It’s great to have Marco back with us for a full season and also to welcome Florian on board.”

“We undoubtably have a very strong line up and are more than ready to battle for both the Le Mans win and the WEC title.”