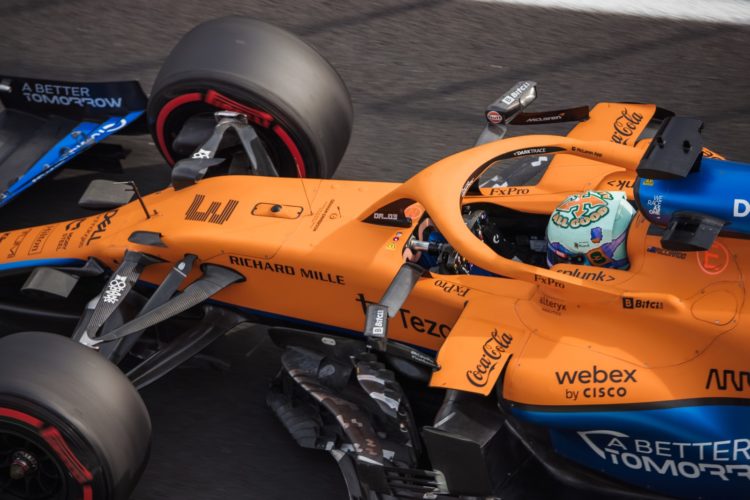 McLaren Racing boss Zak Brown has confirmed that his team held talks with Audi about linking up with the German manufacturer for a Formula 1 entry.

There was speculation that Audi, which is part of the VW Group, was looking at taking over the McLaren F1 team as well as its automotive business as a quick way onto the F1 grid, but those discussions ended without an agreement.

Brown has confirmed talks with Audi took place, but suggested nothing would happen in the short to medium term given their engine agreement with Mercedes, which is due to run through 2025, when new engine regulations are due to be introduced.

“They’ve [VW] spoken with a handful of people on the grid, and we had conversations,” Brown told the BBC. “But in the short term and medium term we are very happy where we are.

“So we are just going to wait and see are they going to come into the sport, because that’s not been definitively decided.

“If they do, we have a contract through this term and naturally we’re going to evaluate where we are and take a decision on what we do in 2026 in due course.”

Brown also hinted at a deal between Red Bull and another VW Group manufacturer – Porsche. It’s believed VW could enter F1 with a works team via its Audi brand and as an engine supplier via Porsche.

“I’m hearing they are going to do something with Red Bull on the Porsche front,” added Brown.

VW has been heavily involved in future F1 discussions, actively taking part in shaping the 2025 engine regulations which have been tailored to attract new manufacturers.

Red Bull meanwhile has an agreement with Honda to continue using its engines through 2025 after the Japanese manufacturer bowed out of the sport at the end of 2021, leaving the Milton Keynes team to set up its own division to maintain and develop the Honda engine.