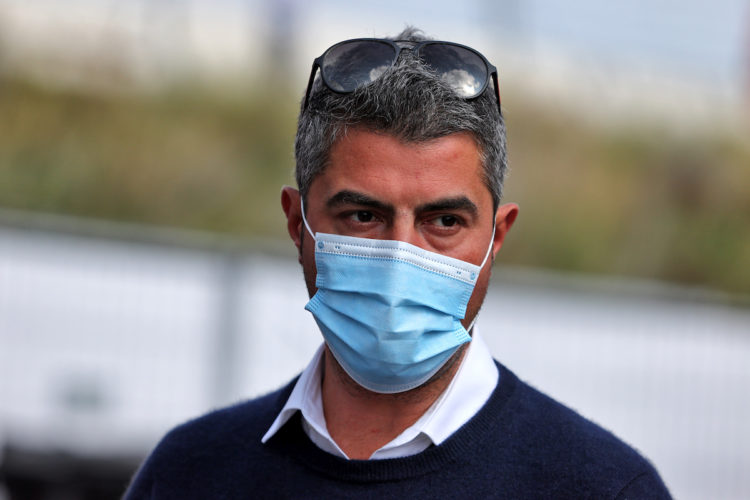 The FIA and F1 were criticised throughout 2021 for inconsistent decisions from the stewards, while a boiling point was reached last month at the season finale in Abu Dhabi.

Masi allowed the cars between race leader Lewis Hamilton and second-placed Max Verstappen to unlap themselves under a Safety Car period, before resuming the grand prix with one lap remaining.

On fresher tyres, Verstappen overtook Hamilton and went on to win the championship, much to the outrage of the Mercedes camp, who felt restart protocols were not properly followed.

The FIA has not communicated Masi’s position for 2022, however Brundle believes that he would be on his last lifeline should he retain his role.

“If the FIA and F1 want Michael Masi to stay, and if Michael Masi wants to stay, he’s clearly only got one life left. So I don’t know if that’s tenable all-round,” Brundle told Sky F1.

“Who would you replace him with? Be careful what you wish for, I would say in this.”

Masi took on the position of F1’s Race Director in early 2019 following the sudden passing of Charlie Whiting.

Brundle states that the best way to ensure there is consistency and level-headed decision making is to divide Masi’s responsibilities among many individuals.

“What I absolutely know for sure is that changing Michael Masi will not fix the problem,” he said. “This is way too big a job for one person to handle, in a 23-race season, it’s only going to grow.

“Back in the day with 16-18 races for Charlie and Herbie [Blash]. Charlie used to start the race and Herbie was effectively the race director until Charlie got back from the starting rostrum down near the grid.

“They had it all under control, but it’s just growing exponentially so Masi if he stays needs a lot of support around him and I suspect that’s what they’re looking at, at the moment.

“And who would actually want to step into his shoes right now?”