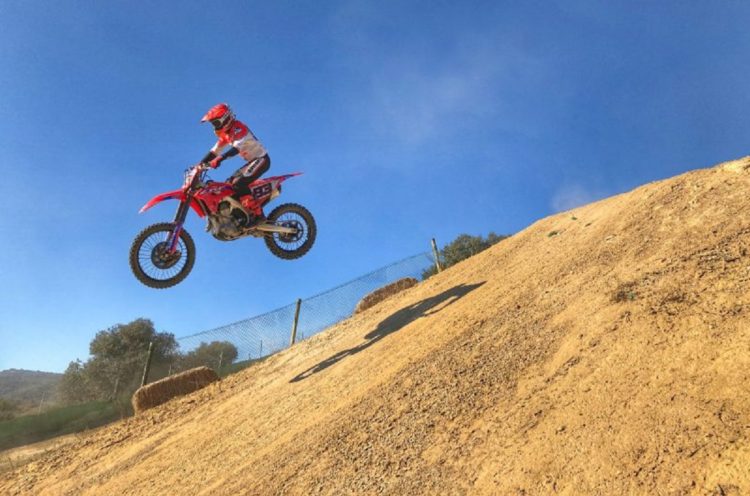 Honda’s Marc Marquez has been cleared to once again ride a motorcycle following several months recovering from blurred vision as a result of suffering a diplopia.

The six-time premier class champion was forced to skip the final two rounds of the 2021 MotoGP campaign after sustaining a diplopia in a motocross training incident that manifested itself as severely blurred vision-an aggravation of a previous injury picked up in a Moto2 crash back in 2011 that nearly ended his professional career.

He has since focussed on resting to try and allow his eye-sight to recover sufficiently in order to be fit for the start of the 2022 season, a goal that seems ever closer with the conformation his recovery has so far gone to plan by his Honda squad in a short statement on Thursday afternoon.

Marquez’s ophthalmologist Dr Sanchez Dalmau witnessed a “clear improvement” in the Spaniard’s vision according to the Japanese marque, progression deemed enough to allow Marquez to ride a motorcycle for the first time since his accident at the end of October.

He piloted a Honda motocross machine at the Ponts Circuit in Barcelona, with Marquez’s feelings and sensations riding the bike described as “more than optimistic”, with his next step to return to track riding in the near future.

“The ophthalmologist confirmed a clear improvement in the vision of the eight-time World Champion.

“With this progress, the Repsol Honda Team rider received authorization to ride a motorcycle and motocross, the most demanding discipline possible in the world of two wheels, was chosen by Marquez and his team.

“After a three-month absence, the Spanish rider returned to riding at the Ponts Circuit (Lleida). After several runs his sensations and feelings on the bike were more than optimistic.

“The next step for Marquez will be to ride on a paved racetrack.”

Marquez is currently set to miss pre-season testing at both Sepang in Malaysia as well as the new Mandalika venue in Indonesia, a track that will hold its first MotoGP event on the 20th March as the second round of the 2022 term.

He will also skip Honda’s 2022 MotoGP launch event in early Feburary as he concentrates on getting fit, with factory team-mate Pol Espargaro set to be joined by test rider Stefan Bradl to unleash the brand’s all-new RC213V to the world.