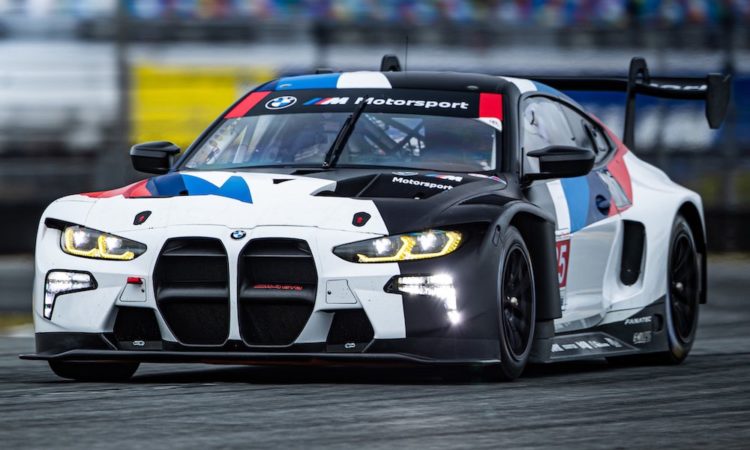 BMW M Team RLL has unveiled the full line-up of works drivers that will contest the Rolex 24 at Daytona in GTD Pro for the new M4 GT3’s North American race debut.

Philipp Eng, Sheldon van der Linde, Marco Wittmann and Nick Yelloly will team up to drive the #24 car, while Connor De Phillippi, John Edwards, Augusto Farfus and Jesse Krohn have been chosen to pilot the #25 machine.

“It hasn’t even been two months since we bid farewell to the BMW M8 GTE at Petit Le Mans, and we’re already in the critical phase of preparing for the first major IMSA highlight for the new BMW M4 GT3,” said Mike Krack, head of BMW M Motorsport.

“With our drivers who will be competing in the two BMW M Team RLL BMW M4 GT3s, we have opted for speed and experience – both at Daytona and with the new car.”

“Almost all of our BMW M works drivers have already contested the 24 Hours of Daytona and will be working together to find the perfect set-up for the BMW M4 GT3 at the International Speedway during the ‘Roar before the 24’ already.”

“I am confident that we will be very well prepared going into the GTD PRO premiere of the IMSA series. I’m also looking forward to seeing how Turner Motorsport fares in the GTD class.”

In addition to the two factory cars, the new M4 GT3 will also be competing in the GTD class with Turner Motorsports.

It is not yet known in which shape the Team RLL GTD Pro effort will continue after the second round at Sebring. Krohn and Van der Linde will only compete at Daytona, with the other six drivers also racing at Sebring.