Insight: F1’s new nationalities – a one-off or a trend setter? 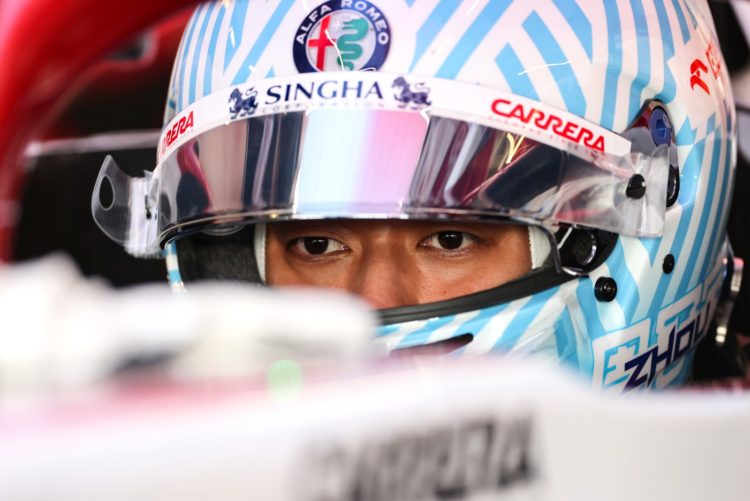 China will have its first Formula 1 racer in 2022, courtesy of Alfa Romeo’s Guanyu Zhou, but will his arrival trigger a wave of talent or will he be a one-off?

The make-up of the grid changes over time, depending on a plethora of factors. There’s driver availability, personal finances, the health of motorsport in a nation, the awareness/culture of motorsport in a nation, overall economic situation, and so on. Two eminent motorsport nations – Brazil and Italy – will both be without a full-time representative in 2022. This upcoming season is set to feature 14 nationalities from 20 drivers. But can Zhou’s arrival as the first from China spark interest or is he likely to be a one-off? Here’s how the 21st century’s other ‘new countries’ fared.  Who would have bet on such a large number of nationalities making up this year’s starting grid just a few months ago?

Alain Prost’s eponymous team was struggling in 2001 and the revolving door eventually landed at the feet of Tomas Enge. The Formula 3000 front-runner from the Czech Republic stepped up to Prost for the final three rounds of 2001, claiming a best of 12th, but his hopes of staying for 2002 concluded when Prost folded. The country’s Formula 1 presence has since been limited to Jan Charouz, who had brief test spells with Renault and HRT in 2010/11, resulting in one practice outing in Brazil. Charouz’s father Tony runs a team in Formula 2 and Formula 3.

Quirkily Enge’s debut coincided with the arrival of Malaysia’s first representative Alex Yoong. He stayed with Minardi for 2002 but struggled, failing to qualify on three occasions, and was benched for two events. He remained pointless and was not kept on for 2003. Since then Fairuz Fauzy was employed as a test driver for the new-for-2010 Lotus Racing team owned by Malaysian Tony Fernandes, participating in five practice sessions, but Malaysia has not yet returned to the grid.

Hungary has been a mainstay of Formula 1’s calendar since 1986 but it has had just a sole representative. Zsolt Baumgartner got his shot with Jordan on home turf in 2003 when regular racer Ralph Firman was ruled out in the wake of a practice accident. Baumgartner secured a full-time 2004 seat with backmarkers Minardi and scored a point at the US round at Indianapolis. Poland’s debut came courtesy of Robert Kubica in mid-2006, with BMW, and his first win followed two years later. But he remains the country’s sole Formula 1 driver. Indonesia was the latest ‘new country’, in 2016, though Rio Haryanto spent only half a season with minnows Manor prior to his funding drying out.

India’s arrival came courtesy of Narain Karthikeyan with Jordan in 2005, finishing fourth at Indianapolis’ tyre fiasco race, while six years later he reappeared with HRT, bringing his tally to 46 races. Karun Chandhok, now a pundit with Sky, entered 11 grands prix in the early 2010s with HRT and Lotus, though he and Karthikeyan never shared a grid. India briefly had a grand prix, and for a decade had its own team (albeit based in the UK) under the ownership of the gregarious Vijay Mallya, but no driver has been forthcoming since Karthikeyan departed amid HRT’s collapse after 2012. Red Bull-affiliated Jehan Daruvala has been competitive in junior categories but has yet to convince that he has Formula 1 potential.

From Russia with Love

Russia had no Formula 1 drivers until 2010 but that run ended when Vitaly Petrov debuted with Renault. He made the podium in 2011 but despite lasting just one more season, with tailenders Caterham, his exit was not the death knell for Russian hopes. Daniil Kvyat’s GP3 title propelled him into Formula 1 in 2014 and since then Russia has always had a representative on the grid, with Sergey Sirotkin present for Williams during Kvyat’s absence in 2018, and Nikita Mazepin graduating for 2021 – even if Russia’s IOC suspension means he is technically a representative of the Russian Automobile Federation. During that period Artem Markelov had a spell as a test driver while Formula 2 runner-up Robert Shwartzman is linked to Ferrari as test driver, and could yet emerge as a 2023 contender, having also tested for Haas.

Alpine Academy Director Mia Sharizman previously outlined that Zhou was China’s sole prospect for the next 10-15 years. There are no Chinese drivers in Formula 2 or Formula 3 so Sharizman’s estimate, which on first glance appears excessively downbeat, may yet ring true. Consequently, it is likely to depend on whether Zhou’s presence on the grid piques sufficient interest for youngsters to attempt to emulate his career path. From a country of over a billion people and an expanding global presence there is obviously a greater chance of this happening compared to, say, Hungary, or the Czech Republic. It could also hinge on government policies and influence, with the Olympics and medal success having been a priority within a sporting environment. It hosted the 2008 Summer Olympics and will soon hold the 2022 Winter games under strict conditions and ongoing political controversy. Football has been a target both domestically and internationally though that particular project has recently stagnated. There have been no signals that motorsport prowess is a government ambition. It may take a dedicated and well-funded youngster – willing to make sizeable sacrifices and move to Europe as a child – to follow Zhou’s trajectory.

Indonesia was the most recent new country, China is the next, but which country is likely after that? Of the drivers in Formula 2 the standout would be Estonia’s Juri Vips, who finished sixth overall, and is part of Red Bull’s scheme, having tested both the RB16 and RB16B at the end of 2020 and 2021 respectively. A big 2022 would ostensibly propel him into consideration for AlphaTauri for 2023. Estonia also has 17-year-old Paul Aron, third in FREC, climbing the ladder under the guidance of Mercedes. Israel’s Roy Nissany has had test outings with Williams, and will remain in Formula 2 with DAMS this year, but would need an improbable upturn in results to ever be a realistic contender. Dennis Hauger is seeking to place Norway on the map following his Formula 3 title triumph, and Red Bull affiliation, with Formula 2 likely his next step, having already tested for champions Prema. Further down the ladder Mercedes is supporting the career of karter Alex Powell, who hails from Jamaica.