Abu Dhabi is done – what should the FIA do next? 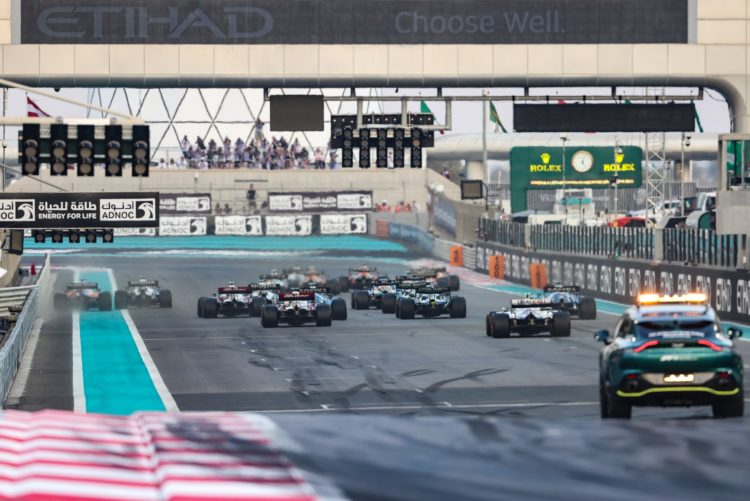 The FIA’s reputation has been cast under the spotlight courtesy of Formula 1’s contentious season finale. It is an enormous organisation responsible for far more than merely Formula 1, and it is under new leadership following last week’s election, but Formula 1 remains the pinnacle of motorsport and gains comfortably the widest attention. There have been some unfair and inappropriate accusations levelled at the FIA and some of its employees – particularly concerning the blurring of lines between sport and entertainment, and the tail wagging the dog. But moving forward matters cannot stay the same. It is difficult to imagine a worse scenario in the future than a contentious call determining the outcome of the championship, meaning in an unfortunate way the nadir has been reached, but looking ahead there are certain aspects that the FIA – and within that remit Formula 1 – should address.

In recent years messages between the Race Director and team figures, and vice versa, have been increasingly broadcast on the world feed. But rather than providing insight it has painted Formula 1 in an unflattering light. Sporting Directors, and even Team Principals, have whined, moaned and even lobbied, at times making it look like a pile-on of the Race Director. This needs sorting out. Having Sporting Directors and Team Principals so vocal undermines the Race Director’s authority. Authority figures cannot be – and should not be – immune to criticism but they must be permitted to control matters without undue influence.

Communication is always a two-way street but the Race Director needs to be the person in charge and not being repeatedly protested or lobbied.

The same rule that was proved ambiguous in Abu Dhabi was conversely not ambigious at last year’s Eifel Grand Prix, with the Race Director commenting that it was applied as per the Sporting Regulations – nothing had changed during that 14-month period. If the Race Director is not applying the same rule consistently then what hope to teams and drivers have in knowing what will happen? Beyond Abu Dhabi, mere racing etiquette and the application of penalties has come under scrutiny, with several drivers conceding at the Qatar GP that they could not be certain on the situation. It is a predicament not aided by the stewards’ identities changing, but similarly a permanent panel of stewards has always been dismissed due to fears over potential favouritism or bias. There is unlikely to ever be a clear-cut answer to this – just look to football for cases of inconsistency – but matters can certainly be improved.

“We need to rethink a bit the whole approach because the way it’s been working this year it’s pretty clear the drivers really don’t understand what is going to happen depending on what you do,” said Ferrari’s Carlos Sainz in Qatar. “I need to know if I can push the car on the outside wide and if I do what I’m going to get. We got some answers from Michael, but we know that sometimes Michael and stewards are not always exactly the same. I think next year we should do a good step. We need to make it as much black and white as possible, and then see.”

Open up to external scrutiny and arbitration

There is an issue with governance. Stewards are typically applying regulations against competitors or drivers but when it comes to situations as in Abu Dhabi there is an unease, as it was in effect a review of the governing body itself. There is little wiggle room even higher up – the Court of Arbitration for Sport has jurisdiction only over doping-related matters – and while the International Court of Appeal is an independent body detached from the main FIA structure the judges are still elected by the FIA General Assembly. Opening up to external scrutiny would remove the perception of being self-serving while any deep analysis undertaken by parties not involved in the FIA, or even motorsport, may highlight areas to improve that those embedded within a system do not notice. It is a common practice in business.

“If you look at it from a legal side if it would have been judged in a regular court it is almost guaranteed we would have won,” said Wolff on the appeal quandary. “But the problem with the ICA is the way it is structured. The FIA can’t really mark their own homework. And there is a difference between being right and obtaining justice. So there is a lesson to be learned. How can we make sure that going forward, in situations like that, the right decisions are being taken, verdict from stewards respond to the regulations, and judgment in the courts whether it is the ICA or CAS, which is not currently part of the legislations, can be judged in a way that is fair and neutral to every participant?”

The job of Race Director is tough. They have to effectively control the entire weekend and their job only comes under scrutiny when a mistake is made. No-one notices a smooth event. They only notice a failure. But while the circumstances surrounding his unexpected promotion were tragic, the current Race Director has made some questionable calls. There was Imola 2020, when lapped cars approached marshals at high speed. There was Turkey 2020, when a recovery vehicle was still in the run-off during Q2. There was Baku 2021, when it took 90 seconds after Max Verstappen’s accident to deploy the Safety Car, and where drivers were not sanctioned for yellow flag transgressions because too many transgressed. There was Spa 2021, when Q3 began in treacherous conditions, which was later accepted as a mistake. For two decades Charlie Whiting had Herbie Blash as a close deputy and the pair formed a strong dynamic. The current Race Director, at least from an external view, appears to lack that situation. The Race Director also holds the vitally important role of Safety Delegate – which has necessitated multiple additional trips to new venues – and is the Single-Seater Sporting Director. That’s a huge workload – and it is any wonder a massively controversial call came at the end of a record-breaking season, which included an intense schedule, under difficult working conditions? Splitting these roles, or even readjusting certain positions, while providing additional support, is surely one element to assess.

Long-term re-writing of the regulations

“I’ve said it for too long we’re over-regulated,” said Christian Horner in Saudi Arabia, when he cut a frustrated mood. “It felt like… there’s rules about 10 car lengths but the formation lap isn’t a formation lap if it’s a restart. It feels like there are too many rules.” It is a pertinent point. Formula 1’s Sporting Regulations are wordy, convoluted and open to interpretation. It leads to inconsistency in how regulations are understood and applied. It was the opinion of the Race Director and stewards in Abu Dhabi that Article 48.13 overrode Article 48.12 in Abu Dhabi, with stewards inferring that Article 15.3 would also overrule both. Yet neither the wording of either 48.12 or 48.13 show that one has priority over the other – it is how it has been interpreted. In addition, the Race Director’s paraphrased comment that “it had long been agreed by all teams” that it was “highly desirable for the race to end under green” shows there is consensus on a direction yet it is not written down in the regulations. Sporting Directors study the regulations for loopholes and interpretations such is the haphazardly way in which some rules are written. This would be a long-term project but re-writing the regulations, tightening up the wording, and removing tenuous statements would be a proactive and desirable step.

“We are all agreed – we need more consistency,” said Fernando Alonso. “We need black and white rules because when they are grey, sometimes you feel you benefit from them and sometimes you’ve been the idiot. I think it’s not only an FIA issue, it is the drivers, teams, FIA, we all need to work together to have better rules.”

One positive step in recent years has been the Race Director – firstly Whiting and then Masi – holding media briefings post-race to explain and inform (though that did not happen post-Abu Dhabi). And there are honest and hard-working people at the FIA. But on a wider and external basis, particularly concerning Formula 1 matters, the organisation can be seen as aloof and lacking humility. This is not a unique situation within sport (which governing body is truly popular?) and is muddied in Formula 1 because the Commercial Rights Holder is an entirely different body. It is of course problematic if legal matters are potentially involved – as was the risk post-Abu Dhabi – but its immediate silence was off-putting. And the statement that accompanied its commitment to analyse and review matters only sought to fan the flames, inferring that the problem was not in its own decision-making but rather how observes interpreted the situation. It went down like a lead balloon. New President Mohammed Ben Sulayem has a golden opportunity to move the FIA into a new era and outline his vision, of which Formula 1 is a part. His initial quotes were misguided, particularly the “no forgiveness” comment over Hamilton’s Gala snub, but time can certainly be a healer. The situation has been toxic recently but it will be a show of strong and decisive leadership if he can get everyone singing from the same hymn sheet and enhance the FIA’s reputation long-term.