by Phillip Horton
A A
28 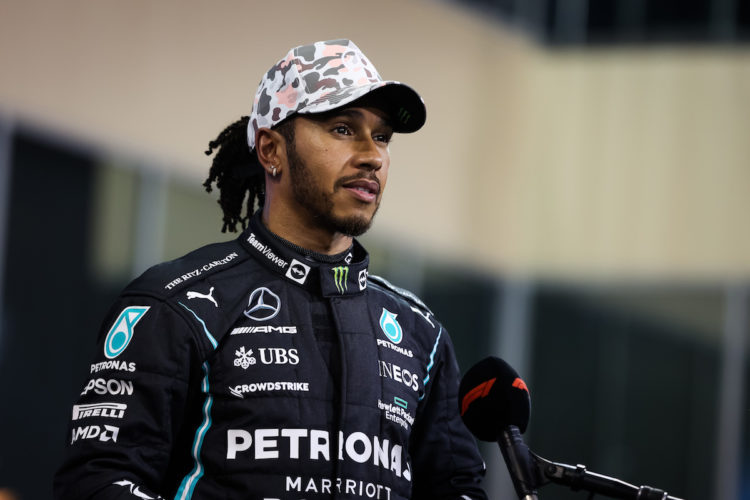 Newly-elected FIA President Mohammed Ben Sulayem says Lewis Hamilton can expect a sanction if he is found guilty of breaking Formula 1’s Sporting Regulations by not attending the annual Gala.

Article 6.6 of Formula 1’s Sporting Regulations outlines that the top three finishers in the championship must attend the prize-giving ceremony hosted by the FIA.

But Hamilton, along with Mercedes boss Toto Wolff, opted out of attending Thursday’s event in Paris in the aftermath of Sunday’s controversial season finale in Abu Dhabi.

Outgoing Mercedes driver Valtteri Bottas was present to collect his third-placed trophy, though missed the press conference due to a flight delay, while James Allison picked up the Constructors’ trophy.

Hamilton has been in Britain this week, collecting his knighthood in Windsor on Wednesday, while today (Friday) he was part of Mercedes’ Constructors’ title celebrations at its Brixworth and Brackley facilities.

Ben Sulayem succeeded Jean Todt as FIA President on Friday and in his first press conference in his new role outlined that the matter will be evaluated.

“First of all, as a driver, I feel emotional but at the end of the day rules are rules, so we are going to look into the side where the technical rules are there to be employed,” he said.

“Was he in breach? I have to look into it.

“We have to be following our rules, but in the meanwhile it doesn’t stop us from making a champion feel good about the sport; it’s easy to be nice to people, it’s cheap to be nice, and also to motivate people, but if there is any breach there is no forgiveness in this.”

Ben Sulayem later clarified that “no forgiveness” comment as he expanded on the situation and conceded rules could be clearer going forward.

“What I meant by breach of the rules: there are rules, forgiveness is always there, but rules are rules,” he said.

“I always say rules; humans made them, they are not the Bible or any holy book, they can be improved and changed by humans, rules are there to be improved.

“So, actually, I know that Lewis is really sad about what happened and in one word I would say is he is broken.

“But we have to look if there was any breach, I cannot just – a few hours now as a President – just start giving answers without going back to the facts.”

The position of Race Director Michael Masi has been under scrutiny from the outside but Ben Sulayem outlined that he does not want to “jump” into any decisions without thorough investigations.

“Tomorrow I have a meeting with the staff, tomorrow I’ll look into every single matter that can improve the FIA or if there’s an issue about it, but I definitely wouldn’t do just jump into conclusions or decisions without going back to my team.”