Verstappen deserved the title – but fans didn’t deserve the conclusion 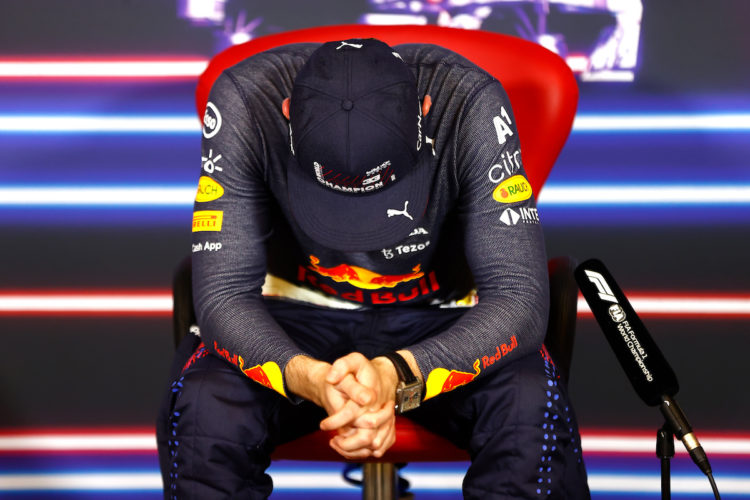 1,297 racing laps this year (1,356 if you want to include the Sprint Races), and the championship was decided on the final lap of what has been an unforgettable season of Formula 1. Max Verstappen triumphed over Lewis Hamilton, but not without controversy, which kept up the key theme that has been present this season.

In this author’s reality, there was very little hope that the season could end without a dispute in the Stewards’ room. With Verstappen and Hamilton and their respected teams pushing each other weekend in, weekend out, it was not so surprising that there was one final injection of debate to close out the season. Mercedes even had the foresight to bring their own QC (senior barrister) with them to the final round.

But this epic season really didn’t deserve such a farcical ending. Despite being the clear standouts in the field in 2021, both Verstappen and Hamilton’s driving standards were called into question on a few occasions, with incidents at Silverstone, Monza, Brazil and Saudi Arabia to name a few being labelled as “over the limit”. But this time, it was not a driver that was at fault. It was the actions of Race Control, which only makes the situation more disturbing.

The FIA (in the form of Race Director Michael Masi) made a decision to resume the race with just one lap remaining. This was after a Safety Car had been deployed to allow marshals to clear away Nicholas Latifi’s stricken Williams FW43B, who secured a late date with the walls shortly after a battle with Haas’ Mick Schumacher.

It set the race up for a grandstand finish, as Verstappen had taken the gamble to pit for fresh Soft rubber as soon as the Safety Car was called out on track. Hamilton, meanwhile, was stuck out on the newly-designed Yas Marina Circuit with his 40-plus lap old Hard boots to ensure he kept track position. But there was the matter of five lapped cars that found themselves lodged between Hamilton and the recently pitted Verstappen. Initially, the lapped cars were informed that they would not be allowed to unlap themselves, making Verstappen’s task that much harder.

Perhaps the lapped cars would’ve moved out of the way at once, or perhaps not. But the FIA then took matters into its own hands by reversing its initial call and calling on the five lapped cars, sitting between the title rivals, to overtake the Safety Car toute de suite. In truth, it was a decision that all but sealed the championship for Red Bull’s Verstappen, who now had a substantial pace advantage for his last lap on his new tyres.

The fallout post-race was quite sad to witness. This year, we’ve had the pleasure of watching one of the greatest seasons in Formula 1 history and yet afterward, it was all left in the hands of politics and the rule book. F1 is supposed to be the pinnacle of racing – so why must fans continue to be subjected to a waiting room to hear how the Stewards have declared the race?

Abu Dhabi was another level. The deliberations weren’t just for the race win. It was for the 2021 title; the grandest prize in motor racing. And fans were left to mash F5 on their keyboards to discover who had won, following an eight-and-a-half month battle that was always too close to call.

Some called it as Hamilton being robbed last Sunday, but in reality, it was the fans. There’s no doubt that those responsible for Formula 1’s popularity boost in recent years were frothing at the thought of a last lap straight shootout for the title. In fact, it’s a scenario that we all were dreaming for – but the ugly circumstances around how it all happened sent shock through everyone’s systems as they watched Verstappen cross the line in first place. People were still adjusting to what had happened before realising Mercedes had been defeated, for the first time in the turbo-hybrid era.

Bed time in Abu Dhabi did not signal the end of the story. The matter will still rumble stumble on, discussions and opinions will be dished out, as one of the most enticing battles in Formula 1’s history reaches its ugly conclusion. Of course, the ordeal should have officially culminated with the waving of the chequered flag at the Yas Marina Circuit.

In all of this, no fault can be dished to Red Bull, nor should its championship success with Verstappen be discredited. Lady luck was on their side, and sometimes, that’s just how racing goes. They followed procedure, pitted late on when it had the chance and nailed the title-defining overtake on the last lap.

So well done to Max Verstappen, who entered the sport as a baby-faced kid, still fresh in the world of single-seaters. In his seventh Formula 1 season, he dove masterfully to his first world title, overcoming the challenge provided by statistically the greatest the sport has ever seen. In his own words, he has ‘completed F1’.

“My life will not change now,” Verstappen said. “I am, of course, very happy that I won the championship, [it’s] that final achievement that I wanted in Formula 1 so everything else that comes now is a bonus.”

What comes next remains to be seen. But this year Max has raised his game and proven he is an ultimate force to be reckoned with. Not bad for a 24-year-old.

This opinion article originally appeared in issue 445 of our weekly digital motorsport magazine, Motorsport Monday. Completely free to read with no sign-up necessary, Motorsport Monday is published every Monday morning and is packed full of motorsport content. Check out the latest issue here.