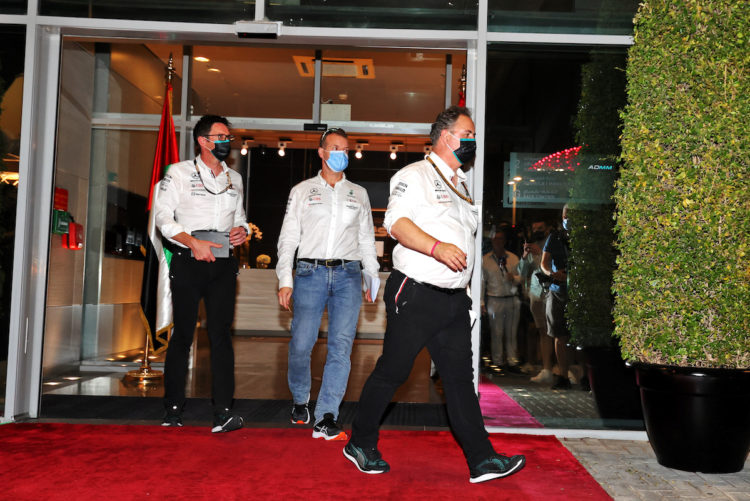 Mercedes has confirmed that it has lodged its intention to appeal the Stewards’ decision to dismiss its protest at the Abu Dhabi Grand Prix.

Lewis Hamilton missed out on a record-breaking eighth world championship on Sunday, as Max Verstappen completed a last-lap overtake for the lead of the race.

The deployment of a Safety Car on lap 54 saw Verstappen, who was running in second place, pit for fresh Soft tyres while Hamilton stayed out on old Hards.

Five lapped cars sat between the two title contenders, who were originally instructed by Race Control not to unlap themselves by overtaking the Safety Car.

However, that decision was quickly reversed, allowing Verstappen to restart behind Hamilton for the final lap restart.

Mercedes expressed its frustration with the decision over the team radio to Race Director Michael Masi, before protesting the restart procedure after the race.

However, that protest, as well as a separate protest regarding Verstappen’s alleged overtake under the Safety Car, was rejected by the Stewards.

Although it missed out on the Drivers’ title, Mercedes still secured an eighth consecutive Constructors’ Championship, ensuring it remains unbeaten in the fight between teams in the turbo-hybrid era.