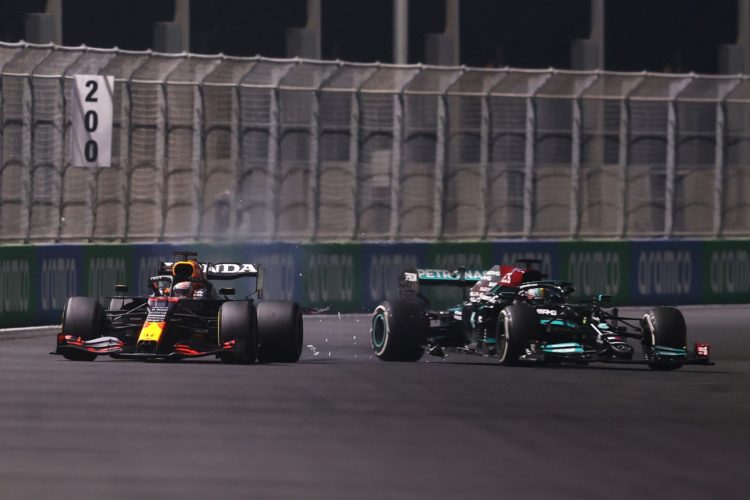 Mercedes boss Toto Wolff says he hopes Formula 1’s title is decided in a fair manner and that there is no “messy situation” in the Abu Dhabi finale.

Max Verstappen and Lewis Hamilton will enter the final event of the championship level on points, with Verstappen ahead on countback of number of wins.

The pair have collided on several occasions this season and have also been involved in close battles on-track that have resulted in contentious stewarding calls.

At the most recent race in Saudi Arabia Verstappen was twice penalised for on-track conduct, amassing 15 seconds worth of time drops, while also accruing three penalty points.

“I hope [the Saudi Arabia] race has enough repercussions that everyone’s going to learn from it and adapt for the final race in Abu Dhabi,” said Wolff.

“I think that similar driving, if it were deemed by the stewards as over the line, would be penalised as well in Abu Dhabi and that could well end in a messy situation for everybody.

“I don’t think the championship has deserved a result which was influence by a collision. So I very much in that case trust in the self-regulating system.

“The quicker car with the quicker driver should win the championship and not by taking each other off.”

Wolff stressed that Mercedes has to keep its feet on the ground in spite of its three successive victories and relatively comfortable 28-point lead in the Constructors’ standings.

“It’s good, you have to enjoy these moments but now it is all or nothing in Abu Dhabi,” he said.

“Whoever wins the race wins the championship and therefore it is important now to keep both feet on the ground keep working and hopefully bring the performance we had here today on to Abu Dhabi.”