Verstappen and Hamilton summoned to stewards over race collision 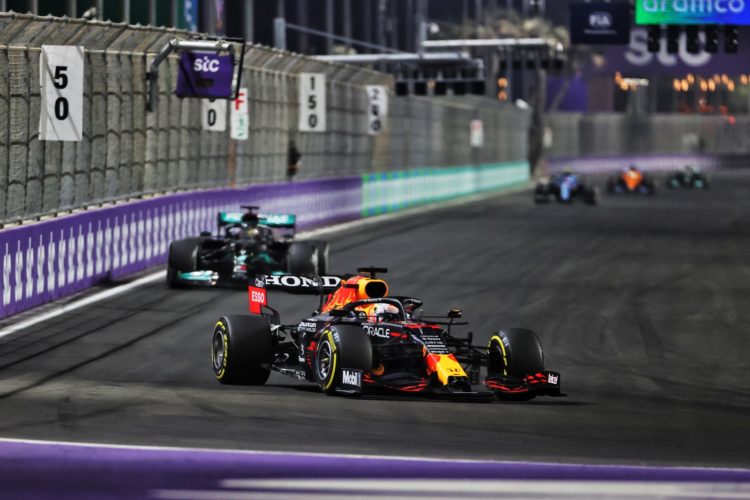 Max Verstappen and Lewis Hamilton have been summoned to the stewards in the aftermath of a controversial Saudi Arabian Grand Prix on Sunday.

Verstappen and title rival Hamilton clashed on several occasions during a frenetic maiden visit to the Jeddah Corniche Circuit.

Verstappen, who was handed a time penalty for cutting the first complex while battling Hamilton, attempted to cede position along the run to Turn 27.

But as he did so he was struck by the pursuing Hamilton, causing minor damage to the Mercedes, and they retained their positions.

The pair have now been summoned over an alleged breach of Article 2 (d) Chapter IV Appendix L of the FIA International Sporting Code.

That Article states: “Causing a collision, repetition of serious mistakes or the appearance of a lack of control over the car (such as leaving the track) will be reported to the stewards and may entail the imposition of penalties up to and including the disqualification of any driver concerned.”

Hamilton went on to win the race, ahead of Verstappen, leaving them level on points.