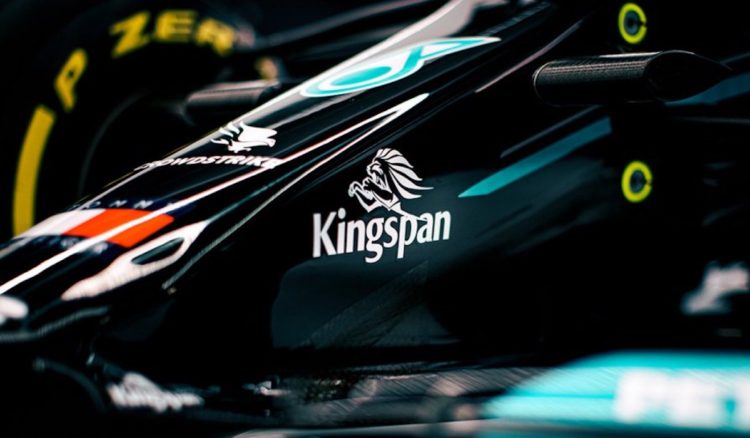 A group representing the bereaved and surviving families of the Grenfell Tower tragedy is calling on the Mercedes Formula 1 team to sever ties with newly announced sponsor, Kingspan.

A major fire at the Grenfell Tower, in west London, in June 2017 claimed the lives of 72 people, and has since left the structure uninhabitable.

Mercedes announced a new partnership earlier this week with Kingspan, a “global leader in advanced, high-performance insulation and building envelope solutions”, with the UK-based company aiding Mercedes in their push to become net-zero.

However the company has come under intense scrutiny following the Grenfell tragedy, in which a fire rapidly spread throughout the high-rise tower, with the exterior cladding proving to be a major factor in the rapid speed of the fire spreading.

“Kingspan sold its insulation on the basis of testing carried out on an older version of the product that caught fire more slowly and emitted less heat. In 2008 Bowmer & Kirkland, a contractor, wanted assurance about the new version suitability for a tower called City Park,” a report quoted by the Guardian states.

However it later emerged that Kingspan’s updated product, partially used in the refurbishment at Grenfell, failed these critical safety tests.

A letter by Grenfell United, written to Mercedes motorsport chief Toto Wolff, calls on the team to sever all ties with Kingspan.

“To Mr Toto Wolff, we are writing to you as Grenfell United who represent the bereaved and surviving families of the Grenfell Tower fire.

“On the 14th June 2017, seventy two of our loved ones were killed, we lost our homes, our peace and security. The impact of the tragedy has shattered our lives and our community.

“But what makes this tragedy even harder to bear, is that these deaths were completely avoidable, and worse still, it could happen again.

“This week’s announcement of your new partnership with Kingspan is truly shocking. Kingspan played a central role in inflicting the pain and suffering that we feel today, and there must be a degree of public censure for Kingspan’s recklessness and carelessness for human life.

“The inquiry Judge Sir Martin Moore Bick stated in his Phase One Report that Kingspan’s phenolic panels “contributed to the rate and extent of vertical fire spread”.

“Kingspan manipulated large-scale fire tests to market their product. Their tests showed a “raging inferno” and the product “burning on its own steam” but they hid their findings and sold it anyway.

“When a company called LABC overstated Kingspan’s fire performance, Kingspan responded “FANBLOODYTASTIC” and boasted that they “didn’t even have to get any real ale down him”. Internally, staff admitted “all we do is lie here”.

“Senior executives of Kingspan threatened to “sue the arse off anyone who questioned their modus operandi, staff members joked and laughed openly that Kingspan’s K15 product was based on a pack of lies and their Head of Technical Services, when questioned about fire safety quipped that “they must be confusing me with someone who gives a dam (sic)” and that “they can go f*** themselves”.

“We are asking you if you are happy to partner with this wholly unethical company?

“In the aftermath of the fire, whilst we were campaigning for a ban on combustible materials, Kingspan hired a PR company to lobby firms to push against the ban, whilst presenting misleading data to a government select committee to ensure their profit figures would not be impacted by the tragedy at Grenfell.

“This is not a company taking responsibility for the murder of 72 people, or a company showing a commitment to learning the lessons for what’s been described as “the most appalling example of institutional failure…in recent British history”.

“But an immoral company, focused solely on profit with a total disregard for human life. Our human life, the lives of 72 innocent people who died in the most horrific fashion in Grenfell Tower.

“Kingspan directors; Gene Murtagh, Gilbert McCarthy and Peter Wilson unloaded £6 million worth of shares before informing the Public Inquiry that their fire test certificates were null and void.

“A senior QC representing the bereaved families and survivors at the Grenfell Tower Public Inquiry described the likes of Kingspan as “little better than crooks and killers”.

“The bereaved and survivors of Grenfell are therefore, requesting that you immediately sever your relationship from a company who forced hazardous products into the marketplace and sought to market them dishonestly, putting innocent lives at risk.

“By partnering with Kingspan, we believe that you are directly involved in this system which puts profit before human life. We are therefore seeking assurances from you that you will take affirmative action to disassociate yourselves frorn Kingspan.

“Grenfell United would like you to share the letter with your shareholders and await your reply. We would be happy to facilitate a meeting with you to discuss this further.

“It cannot just be “business as usual”. We hope you can demonstrate that ethics and values do exist in Fl and that there are consequences to actions.

“Regards, Grenfell United On behalf of the bereaved and surviving families of Grenfell.”