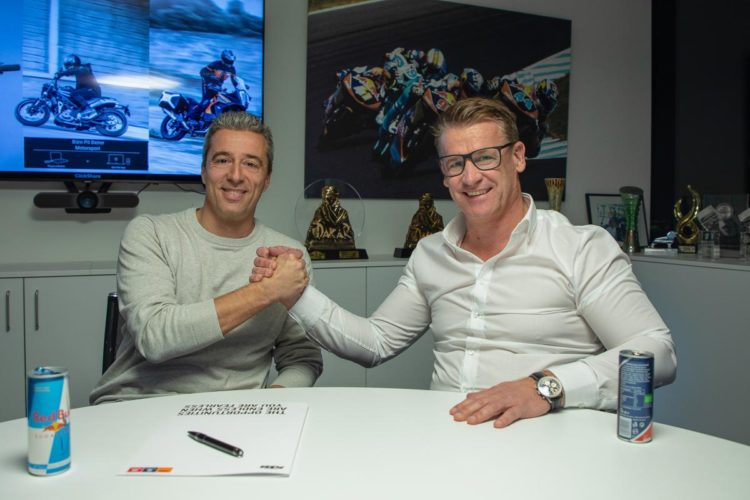 Francesco Guidotti will make switch to KTM’s MotoGP factory operation as Team Manager for 2022 as he departs Pramac Ducati following a ten-year stint with the squad.

Several publications reported that Guidotti would make the switch to KTM-where he previously ran the brand’s grand prix operations in the 125cc and 250cc categories between 2006 and 2009-last week after it was announced that Mike Leitner would leave the organisation following a tough 2021 campaign.

Guidotti was also reportedly in contention to take up Suzuki’s still-vacant team manager role, though he ultimately opted to join the Austrian marque instead to replace Leitner-a decision that was announced on Wednesday morning.

The Italian described his move back to KTM after over a decade away as “completing the circle”, adding that he is keen to bring more success to an organisation that has achieved an “incredible” amount “in such a small time.”

“I was a team manager for KTM from 2006-2009 and then took some valuable experience in another series before coming back to MotoGP,” said Guidotti.

“Now I am able to complete the circle! KTM have always been very ambitious and hungry with their racing programs and we can see that MotoGP is no different; it is incredible what they have achieved in such a short time and there is still much we can do.

“I’m very happy to be back and part of this big push for more success.”

KTM Motorsports Director Pit Beirer hopes that the appointment of Guidotti will bring “new momentum” for KTM as it looks to become consistent threats for victory after a relative tame 2021 following its break-out 2020 campaign in which is scored three wins.

“It’s a pleasure to have Francesco back with us and someone who knows our culture and way to go racing at KTM,” said Beirer.

“We wanted to refreshen the MotoGP management structure and we feel that his input and ideas will give us some new momentum for our sixth season on the grid.

“With people like Francesco (Guidotti), Fabiano Sterlacchini, Hervé Poncharal, Jens Hainbach and Aki Ajo we know we have the best leadership to help us move ahead and make more MotoGP milestones for the company.”

Pramac also became race winners in 2021 for the first time as its newest rookie sensation took scored a stunning success in the Styrian Grand Prix at the Red Bull Ring, the squad’s efforts helping Ducati to claim the constructors crown while it would end up fourth in the teams table courtesy of the partnership between Martin and two-time Moto2 world champion Johann Zarco.