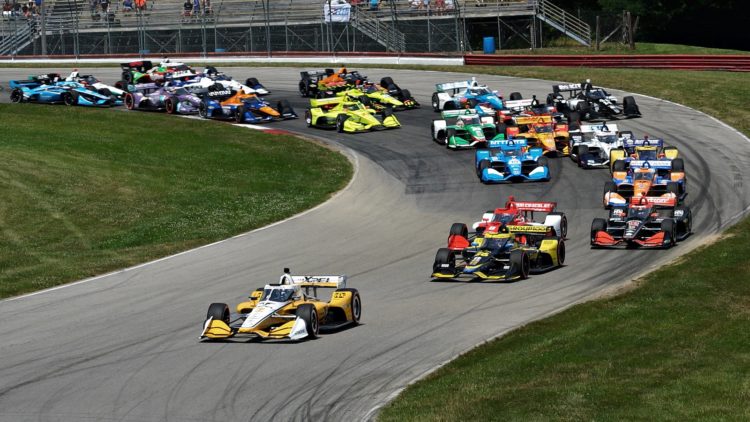 The 2021 season had nine different winners across 16 races.

The 2021 IndyCar season was a thriller, with the talent-laden field putting on a show throughout the entire year. 43 different drivers took at least one green flag, nine of them went on to win a race, and a new 24-year old champion was crowned. But which drivers stood out among the rest and showed they were the most skilled racers of the season? Motorsport Week ranks the top 10 drivers of the season.

Rinus VeeKay put in a solid performance throughout the year, grabbing six top 10s in the first eight races. He also took the first victory of his young career at the GMR Grand Prix, the event run on the Indianapolis road course event to kick off the month of May. VeeKay’s defining moment came in that very race, when after starting in seventh, he tracked down Romain Grosjean and passed him for the lead by executing a daring threewide pass up the middle.

But the Dutch driver had to miss one race to recover from a cracked collar bone and his performance fell off somewhat for the remainder of the season. However, he still improved on his Rookie of the Year-winning pace from the year before, and made his presence known to the rest of the field.

The defending series champion Scott Dixon was not quite able to repeat his dominant performance from the previous year, but he certainly wasn’t far off the mark. The ‘Ice Man’ claimed five podiums throughout the season and was able to secure fourth place in the championship.

Dixon’s most notable moment came at Texas Motor Speedway, where a familiar flawless performance was on display. After leading 206 of the 212 laps, and notching a convincing victory, he took the points lead early in the season. The win extended the veteran’s streak to an incredible 17 consecutive seasons with at least one IndyCar victory.

Scott McLaughlin came over to IndyCar in 2021 from a successful career in Australian Supercars, and immediately showed his skills. Driving for the illustrious Team Penske, the 28-year-old came to grips with open-wheel cars quickly and fit right in among his legendary team-mates. A few rough races were expected, but five top 10s and the Rookie of the Year award proved he was where he belonged.

It was at Texas Motor Speedway in May, that the Kiwi really found his groove. While tackling his first oval race since switching to IndyCar, McLaughlin showed his natural talent on the high-speed banking and very nearly won the event. A fourth-place finish at Gateway later in the season has led to his name being thrown around as the next oval specialist.

In his third year in IndyCar, Marcus Ericsson stepped up his game and placed his Huski Chocolate machine in victory lane twice. Ericsson took his first win in over eight years of professional racing, and despite being the lowest-placing full-time member of Chip Ganassi Racing, he was able to continue his good form to finish the season sixth place in the points.

While his first win of the season was a proud achievement, his second was a seismic display of his talent. After getting involved in an accident in the opening laps of the Music City Grand Prix and receiving a penalty for avoidable contact, the Swede was relegated to the very back of the order. He worked his way through the field to win the inaugural event, continuing his streak of consecutive top 10 finishes that lasted over half the season.

Romain Grosjean officially arrived into the world of IndyCar as a rookie, but he brought with him a wealth of world-class experience. And that maturity showed from the very first race, when he grabbed a top 10 finish at Barber Motorsports Park less than five months on from his fiery crash in Bahrain. In just his third race, the former F1 driver grabbed pole at the GMR Grand Prix, and almost took the victory as well.

Throughout the season, Grosjean showed his ability to adapt by agreeing to run his first ever oval race at Gateway, and completing the Indianapolis 500 rookie orientation in preparation for next season. Despite not running this year’s double-points-earning Indy 500, he only narrowly missed out on being the Rookie of the Year and proved that he will be a factor in the coming seasons at Andretti Autosport.

Helio Castroneves only competed in six races this year, and only won one of them, but his lone victory came at the biggest event of the year. After battling back and forth with Alex Palou for the lead in the final laps of the Indianapolis 500, Castroneves made a deciding move born from 20 years of experience to secure the win. His victory earned him a record-tying fourth Indy 500 ring, and it marked the first IndyCar victory for the up-and-coming Meyer Shank Racing team.

It was the first ever Indy 500 Castroneves had contested for a team other than Team Penske, and it showed how important driver skill is around the 2.5-mile oval. The win solidified the veteran’s full-time return for 2022 and will give him a chance to go for a fifth win next season to stand alone in the record books.

Josef Newgarden was the model of consistency throughout the season, securing second place in the championship race for the second year in a row. An uncharacteristic crash on the opening lap of the season was one of the few mistakes the veteran made. However across the remaining races, he went on to grab six podiums. The steady comeback was emblematic of the two-time champion’s resolute demeanor.

His first victory of the campaign came at Mid-Ohio, when he held off a charging Marcus Ericsson to secure Team Penske’s first win of the year, over halfway through the season. He also took victory at Gateway the following month and stayed in the title fight right through the season finale.

Still the young kid on the grid, Colton Herta once again showed his raw talent throughout the season. A few bouts of bad luck spoiled what could have been a year that saw him boost Andretti Autosport back into title contention. His raw speed still allowed him to finish fifth in the overall standings, firmly among the best of a talented field of drivers.

Herta was often the fastest driver straight out of the hauler, seemingly able to wrangle whatever set-ups his team gave him. Despite dealing with questions about his own future, and links to a Formula 1 drive that eventually fell through, he convincingly took wins at the final two rounds of the season to cement his place as one of the best of the year.

Pato O’Ward really showed himself to be in the top tier of talent in 2021. His aggressive driving style allowed him to force his way past any driver that was in his way, and propelled him to third place in the championship. O’Ward claimed his first IndyCar victory at Texas Motor Speedway, which earned him a test run in a Formula 1 car due to a bet he had with McLaren CEO Zak Brown.

O’Ward’s second win came at the second race of the Detroit Grand Prix doubleheader, and it remains his most convincing performance to date. Charging from fifth place to the lead in the final 10 laps, all while keeping out of trouble on a bumpy street course, showed the true speed of his fast-handed driving style.

Could there be any other choice than IndyCar’s newest champion? Alex Palou moved into the Chip Ganassi squad this year, and immediately earned his maiden win at the first race of the season. He consistently fought near the front of the field and earned podiums in half of the 16 races of the season.

In a campaign packed with strong performances and highlights, perhaps no execution can be topped by his display at the Portland Grand Prix in September. After starting from pole, he was among the multitude of drivers that was forced to cut the first-corner chicane, and was sent to the back of the field. He worked his way past a slew of drivers and was back in front with a third of the race remaining. The win allowed him to regain the points lead from Pato O’Ward which he would not relinquish for the remainder of the season. 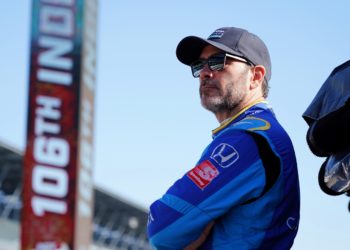 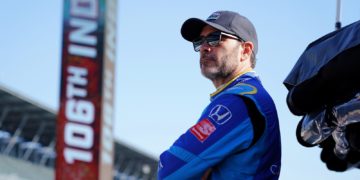