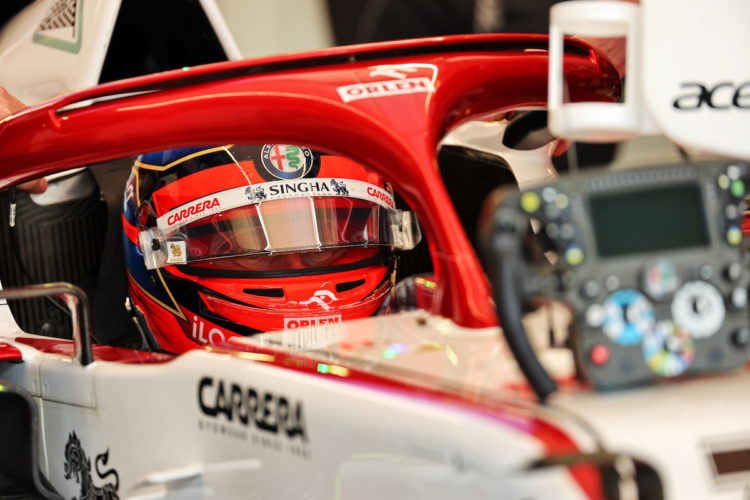 It’s hard to know just how Formula 1 will remember Kimi Raikkonen in the years after he bows out of the sport. Following such a long career, there are many avenues of the Iceman’s tenure that can be explored and chosen as the highlight. Not that Raikkonen himself would care for such fan or media observation.

Raikkonen arrived on the F1 scene in 2001, a few years too early by some onlookers. But his impressive debut year saw him snapped up by McLaren and in the seasons that followed, he displayed just why he was deemed worthy of an F1 drive with very little junior single-seater experience.

Although a world championship evaded him during his years at the Woking-based squad, he grew into his reputation as one of the fastest drivers on the grid. In 2007, a switch to rival team Ferrari instantly paid off as he took the world title, ensuring his presence would never be absent from historical F1 discussions.

Raikkonen’s career is somewhat a tale of two halves. Prior to his F1 break in 2010 and 2011, the Finn was a speed demon, someone who could more than deliver whatever task was required in whatever car he was handed. Following his return in 2012, although there were flashes of speed at Lotus, his second stint at Ferrari failed to produce success. While the team was recovering on its way back to championship contention, it was Sebastian Vettel who was often leading the charge for the Maranello squad, overshadowing a faded Raikkonen.

It seemed that people began to become more obsessed with Raikkonen’s personality rather than his on-track productions. There was very little to be excited about when he was on the track, but his win at the 2018 US Grand Prix (which looks set to be the last of his career) remains one of the highlights of the turbo-hybrid era, and perhaps of his entire 20-year association with F1.

His ‘I don’t care’ attitude has led many to appreciate his unique attitude, which doesn’t adhere to the PR-based, ‘happy with everything’ point of view that is repeatedly displayed by other drivers throughout race weekends. But that isn’t Raikkonen’s reality. He acknowledges the things that are important to him, as outlined by one of the drivers who has spent the most time with him on the grid.

“Kimi will be missed in Formula 1,” said two-time champion Fernando Alonso, who in 2001, was a rookie alongside Raikkonen. “I like him a lot – the way he in his own way loves the sport and has been for so many years in Formula 1. I think he’s very honest always which I really like that part of Kimi and I think outside he’s maybe his mask of being cold and ‘Iceman’, there is a very good person inside that you meet from time to time outside the circuits. We meet in airports, restaurants, places that you are not in this paddock environment and Kimi is a different person. As I said, he has been outstanding for F1 and he will be missed because he has his own character and he was different.”

Raikkonen has spent the final three years competing towards the back of the grid with Alfa Romeo. His love of racing drew him to the seat when he departed Ferrari, but the car has, more often than not, been competing outside the top ten. He’s been somewhat anonymous in the field, especially compared to the presence he had in his hay day.

At 42 years of age, Raikkonen will retire from the sport as the most experienced F1 driver of all time with 349 starts (Alonso is on course to beat his record next season). In typical Raikkonen fashion, he has expressed that he has no plans for 2022 other than “going back to a more normal life and doing things with the family”.

We’ve often heard about the lure of an F1 paddock post-career – some greats of the past are still present today in a non-driving role, such as Nico Rosberg, Jenson Button and Felipe Massa, to name a few. Raikkonen has always chosen to do what he wants, and there doesn’t appear to be any urgency to hang around F1 circuits in the near future.

So perhaps this is a true goodbye for Kimi, who walks away from F1 with a distinguished career full of achievements that he has stacked across two decades. All things must come to an end, after all. Except perhaps, the everlasting memories he has provided us with. Hei hei, Kimi.

This opinion article originally appeared in issue 445 of our weekly digital motorsport magazine, Motorsport Monday. Completely free to read with no sign-up necessary, Motorsport Monday is published every Monday morning and is packed full of motorsport content. Check out the latest issue here.