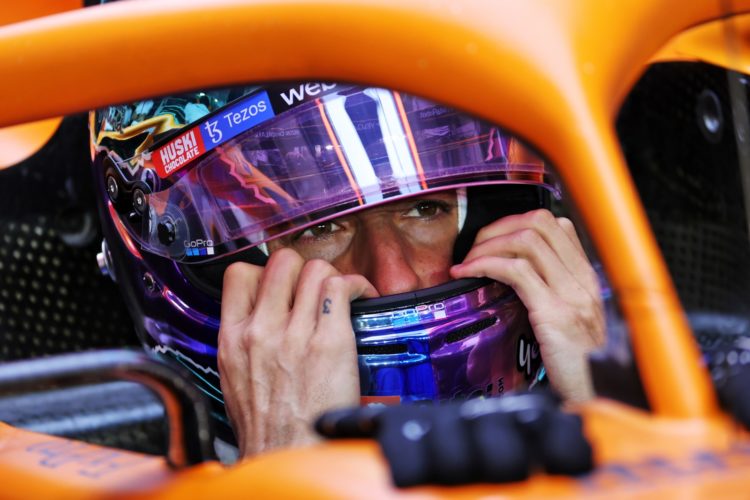 Daniel Ricciardo believes he is “still not quite nailing” the driving style needed in order to extract the most from McLaren’s package at some Formula 1 tracks.

Ricciardo has had a mixed first campaign with McLaren, scoring its first win in nine years in Italy, but struggling compared to team-mate Lando Norris at other venues.

Ricciardo endured a particularly subdued weekend in Qatar as he was eliminated in Q2, qualifying 14th, while Norris went on to secure sixth on the grid.

The Australian’s race prospects unravelled early on amid a poor first lap and the need to excessively save fuel.

“Ultimately these kinds of long and medium-speed corners are where our car is challenged the most,” said Ricciardo.

“That is where the McLaren style is the one and only style to get it through those corners quickly.

“I think that is where Lando is definitely doing a better job in those corners. I am still not quite nailing it. It is the way you enter the corner and combine the brake with the turn in.

“I’m trying to get the car to do something and it still turns but it does not get through the corner as quick.

“It is definitely a weakness of the car, but ultimately still the weakness of me not being able to get the car working well in limited areas.”

Ricciardo went on to praise the performance of Norris, describing his ability as “top-level”, but reckons his prior experience with McLaren has assisted his understanding of his best to drive the MCL35M.

“I can see the difference in the driving, and why I am running into some of these problems,” said Ricciardo.

“If it was easy, I would’ve perfected it already. I think Lando is driving very well. Any questions about him he has proved to everyone this year that he is top-level.

“But also having the three years with the same car has helped him dial that in.

“I definitely think I’ve improved my style from the beginning of the year. But there’s clearly yet another step to make in and some of the sorts of tracks where he is more on top of it than I am.”