Antonio Giovinazzi: Once a prospect – now an outcast 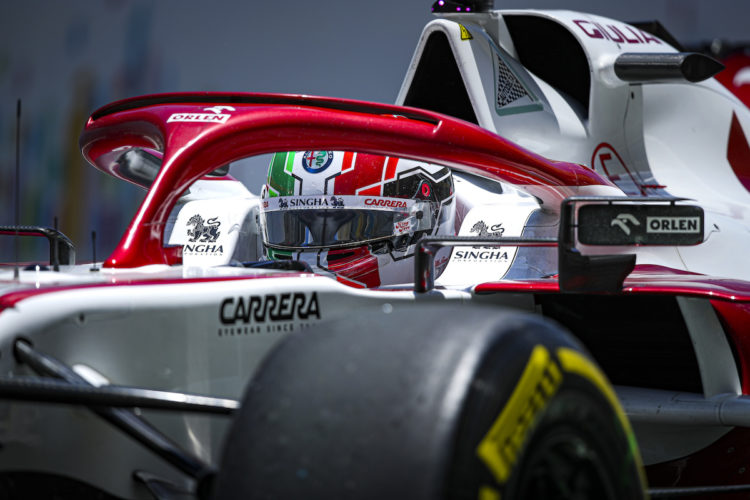 Prior to the final practice session at the 2017 Australian Grand Prix, Sauber’s Pascal Wehrlein was forced to withdraw from the remainder of the weekend due to fitness absence. Antonio Giovinazzi was drafted in as his replacement, and thus, a new Formula 1 career was hatched.

It was a drive that, at the time, many people felt was richly deserved. Giovinazzi had just come off the back of an impressive rookie season in GP2 (now Formula 2) in which he lost out in a title battle to Prema team-mate Pierre Gasly.

Both he and the now consistently-impressive AlphaTauri man were snubbed for full-time F1 seats in 2017, however it was Giovinazzi who received the opportunity first (Gasly’s services were hired later in the year to close out the season with Toro Rosso). In his first race, with little preparation, Giovinazzi stayed out of trouble and drove maturely in a Sauber car that, with respect, lacked pace. It was ultimately a sign of things to come, as his dream promotion in 2017, although spent at the back of the grid, mirrored the type of career he would have when he eventually secured a full-time drive.

The Italian came crashing back down to earth – quite literally – two weeks later in China, when he hit the wall in both qualifying and the race. With Wehrlein declared fit for the next round in China, Giovinazzi’s last F1 racing memory for was a painful one for some time.

After almost two years on the sidelines, Giovinazzi was welcomed back to the team, which now operated under the Alfa Romeo name. He had 2007 world champion Kimi Raikkonen for company, a useful benchmark to set himself against as he attempted to fashion his own success.

It was a pleasant move for F1, too. With Italy swaddled in motorsport glory, the country was without an F1 driver for almost a decade. Backed by Ferrari, there was hope that one day Giovinazzi would become the Prancing Horse’s next superstar – a successful Italian driver at Ferrari in F1 writes its own headlines.

But it was not to be. Giovinazzi spent the bulk of his Alfa Romeo career competing towards the back of the field, with the team finishing eighth in the standings in 2019 and 2020. It is currently on course to end 2021 in ninth, ahead of only the non-progressive Haas team.

It seems unfortunate that Giovinazzi arrived in F1 at the same time that many impressive youngsters, such as Charles Leclerc, George Russell and Lando Norris, made the next step. Currently 27 years old, Giovinazzi is old news and not an attractive option compared to the highlighted ‘stars of tomorrow’.

True, the Italian never had the car in F1 to show his potential, and so far, his pinnacle has come in his junior career, when he was challenging for championships against some current major motorsport players. His F1 dream never properly formalised, as surely there’s a limit to what you can enjoy when you’re battling for positions outside the top ten.

Giovinazzi has taken up his next career option, switching to the all-electric Formula E series. Racing for Dragon/Penske Autosport, the American squad has ended the last four seasons second-to-last in the standings, so the question must be asked – what is Giovinazzi to gain from the move?

Simply being in a race seat will have its advantages compared to spending time watching in from the outside, but it appears that the Italian will simply move from a backmarker F1 drive to a similar position in FE. Crucially though, Giovinazzi is attempting to retain his links with Ferrari, which could see him take on a role in its Hypercar division in 2023.

Giovianzzi stated last week that the World Endurance Championship was “one championship that I’d like to join”. Given the projected future that the pinnacle of sportscar racing has, it is not a surprise – and it is certainly a more attractive option than a backmarker role in FE.

But whatever the case, it appears that the F1 days are now behind Giovinazzi. Once hailed as a driver of the future, his short career in the sport was insignificant and almost concealed. While his future may have more success lined up, F1 won’t hold much memory for him. It proves to be a shining example of just how quickly a driver’s career can alter and just how desolating a dream switch to F1 can be.

This opinion article originally appeared in issue 444 of our weekly digital motorsport magazine, Motorsport Monday. Completely free to read with no sign-up necessary, Motorsport Monday is published every Monday morning and is packed full of motorsport content. Check out the latest issue here.