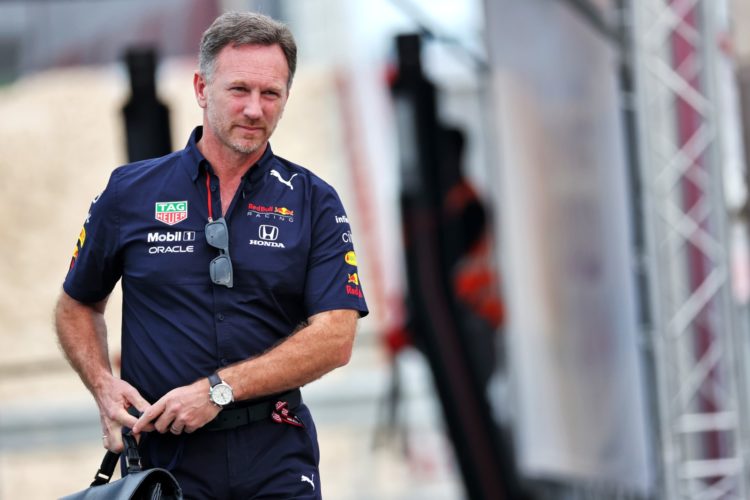 Red Bull Team Principal Christian Horner has been handed an official warning by the FIA over a comment made to broadcasters prior to the Qatar Grand Prix.

Max Verstappen was handed a five-place grid penalty ahead of the race at Losail after failing to adhere to a double waved yellow flag during qualifying.

Speaking to Sky Sports F1 prior to the race Horner criticised a “rogue marshal” and it was that comment that attracted the attention of the FIA, regarding Article 12 of the International Sporting Code.

The Article and its appendices relate to upholding the integrity of the FIA and its officials.

Horner explained during the hearing post-race that “his reaction was one that was made under the pressure of competition following the penalty imposed on Verstappen.”

Stewards explained that the marshal concerned “was doing his job in precisely the manner prescribed in the ISC.”

Horner offered an apology to the marshal concerned and outlined that he will explain to the media that he meant no offence with his comment.

Horner also offered to participate in the FIA’s International Stewards Programme in February 2022 and the stewards unreservedly accepted the offer.