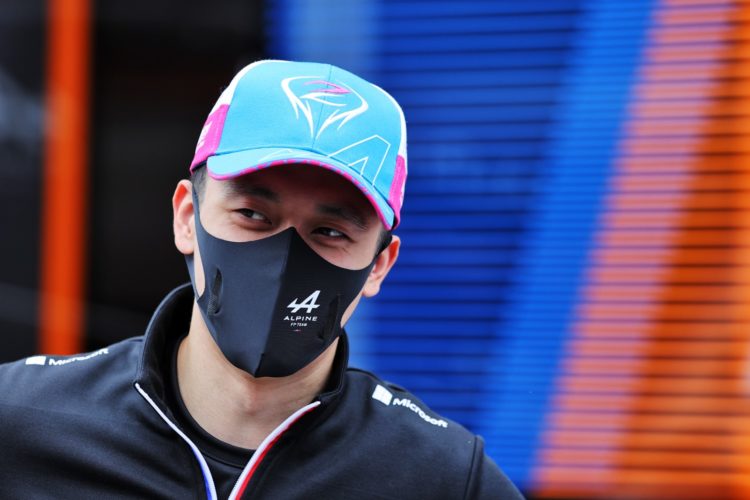 Alfa Romeo has confirmed the recruitment of Guanyu Zhou for 2022, alongside Valtteri Bottas, completing Formula 1’s line-up for its new era.

Zhou, second in this year’s Formula 2 championship, has previously been affiliated with junior schemes at Ferrari and Alpine in Formula 1.

He will be the first Chinese racer in Formula 1 history and the sole rookie on the 2022 grid.

Zhou’s promotion had been expected for a couple of months but was delayed amid discussions between Andretti and Alfa Romeo over a buyout that could have led IndyCar race winner Colton Herta to a seat.

But those discussions ultimately collapsed at the eleventh hour over control issues.

A line-up of Bottas/Zhou represents a refreshed pairing for Alfa Romeo, which has fielded 2007 World Champion Kimi Räikkönen alongside Ferrari-linked Antonio Giovinazzi for three seasons.

“I dreamt from a young age of climbing as high as I can in a sport that I am passionate about and now the dream has come true,” said Zhou.

“It is a privilege for me to start my Formula 1 racing career with an iconic team, a team that has introduced so much young talent into Formula 1 in the past. Now the dream is reality.

“I feel well prepared for the immense challenge of Formula 1, the pinnacle of my sport, alongside a proven, world-class talent in Valtteri.

“Next year the target will be to learn as much as possible and as quickly as possible.

“To be the first ever Chinese driver in Formula 1 is a breakthrough for Chinese motorsport history. I know a lot of hopes will be resting on me and, as ever, I will take this as motivation to become better and achieve more.”