Espargaro ruled out of Valencia GP after FP3 shunt 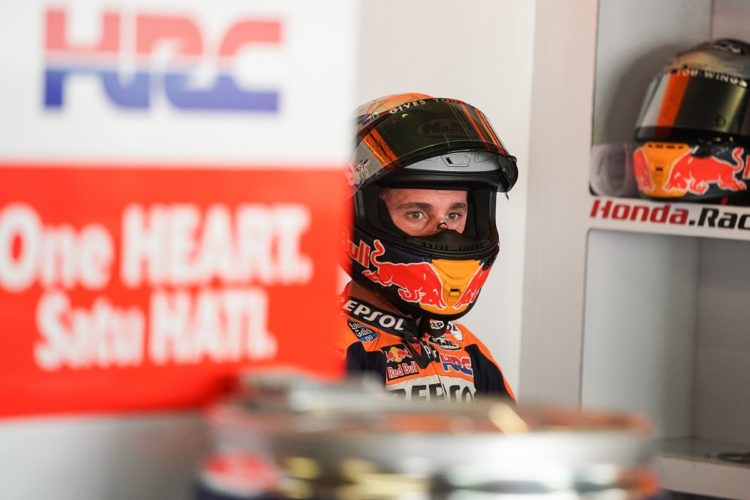 Pol Espargaro will be forced to miss the final MotoGP race of the season at Valencia after being ruled unfit following his nasty FP3 crash on Saturday morning.

The Spaniard suffered a violent high-side at Turn 13 towards the end of the third practice session of the weekend, Espargaro landing hard on the Circuit Ricardo Tormo tarmac before being swiftly stretchered away and taken to the medical centre for a check-up.

He elected to skip qualifying after heading to the local hospital in Valencia for further tests with a view to possibly joining from the back in Sunday’s Valencia Grand Prix.

Honda announced on Sunday morning ahead of the race though that he would sit out the 2021 curtain-closer in order to try and be in better shape for the post-season test at Jerez next week, meaning the factory Honda team will field no RC213-V’s in the contest following Marc Marquez’s absence.

Marquez missed last weekend’s Algarve GP after suffering a concussion in a motocross training accident ahead of the Portimao event, and was subsequently ruled out of the Valencia GP after aggravating a previous eye injury that has left him with blurred vision, the six-time premier class champion likely to be out of action until at least after Christmas.

Stefan Bradl replaced Marquez in Portugal, though Honda elected to keep the German out of the Valencia GP in order to have him as fit as possible for the Jerez test, therefore leaving LCR Honda duo Takaaki Nakagami and Alex Marquez as the only entrants for the Japanese marque as a result of Espargaro’s early exit.