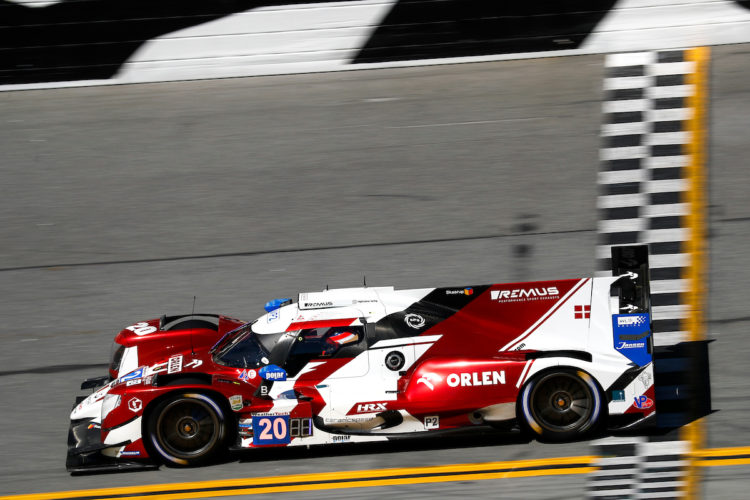 Danish squad High Class Racing have announced that they will make the switch to the IMSA WeatherTech Sportscar Championship in 2022.

The team will contest the full, seven-round LMP2 campaign with a single ORECA 07-Gibson. Dennis Andersen and Anders Fjordbach will team up for the full season, with drivers for the endurance rounds yet to be announced.

The IMSA campaign will form the team’s sole full-season LMP2 commitment, as it will leave the FIA World Endurance Championship after two full seasons.

High Class Racing has made one previous start in the series, contesting this year’s Rolex 24 at Daytona where it retired with an early gearbox failure.

“I’m thrilled to be able to announce our full-season effort,” said Fjordbach. “We had a strong run in 2021 Rolex 24 at Daytona, which was our first IMSA race as a team and even the result was not the expected, we fell in love with the atmosphere and such a competitive field.

“Now we have three years of experience with the Oreca 07-Gibson and we are ready to show our potential starting next January at Daytona International Speedway”.

The Rolex 24 effort in January notably featured Robert Kubica as part of the team’s line-up. The Pole did not complete any race laps due to the team’s early retirement. Kubica took part in the double header at Bahrain with the team, but it is not yet clear if he is slated for a return to Daytona with the team.

“First of all, I will need to see what I will be doing next year and how my plans will be,” Kubica told MotorsportWeek.com when asked about a potential LMP2 return at Daytona. “Of course, Daytona is a good opportunity in case I will be doing endurance racing in the future.

“It is a good opportunity to get experience because in the end I entered Daytona and Le Mans and Daytona ended very quickly, I hadn’t been in the car. So it might be but on the other hand it will depend on the pro racing program and what I would be doing. We will wait and see.”