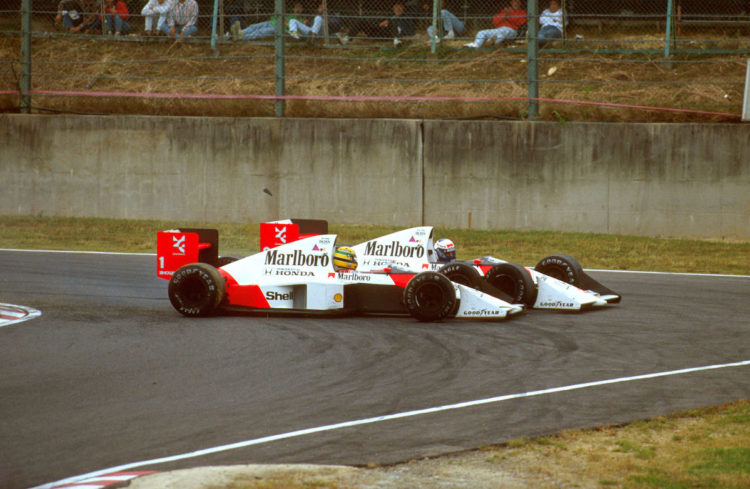 Quite a lot has already been said about the ongoing title battle between Max Verstappen and Lewis Hamilton. And with just four races remaining in this exciting 2021 season, much more will continue to be said as one of the most thrilling championship fights in a long time unfolds.

Following Sunday’s Mexican Grand Prix, the gap now sits at 19 points in favour of Verstappen, after the 24-year-old dominated proceedings around the Autódromo Hermanos Rodriguez in the Latin American country’s capital city.

One of the biggest talking points surrounding the squabble this year has been the on-track incidents that the two rival drivers have been involved in. While it has been a pleasure to watch the duo race wheel-to-wheel, they have both stepped over the mark on numerous occasions.

At the British Grand Prix, an ugly incident saw Verstappen pitched into the barriers in Copse, with Hamilton deemed at fault for the lap one collision. Later in the year at Monza, going into the first chicane, Verstappen was deemed to be to blame according to the race stewards, for crashing into Hamilton and sending the pair of them out of the race.

These coming-togethers only raises the expectation that another crash will occur. When the fight is so close and both drivers are a league above the rest and neither is willing to give an inch, perhaps it would be actually more surprising if they both made it to the end of the year cleanly.

Another clash is certainly on the minds of those involved. Recently, Mercedes team boss Toto Wolff suggested to the Daily Mail that there could be a Senna vs Prost-esque crash at the final round of the year. On both of those occasions (1989 and 1990), the title was decided via a first corner crash between both Formula 1 legends.

“If it was to come to the scenario of the last race in Abu Dhabi and they were to be racing each other for the title, whoever is in front is absolutely going to try to do the same as in the Senna-Prost years,” said Wolff. “Verstappen took Lewis out [in Monza] because he was about to overtake and he was quicker. And that is totally understandable. If you are racing for the championship and you see it fading away because the other guy is overtaking you, what tool have you got other than the one that makes sure he can’t overtake?”

While a repeat of that situation is certainly a possibility, it could only be labelled a disgrace. It wouldn’t make much sense either – to go with all of his accolades, Hamilton has been hailed for his clean racing and not dipping into the dubious tactics that Senna, Prost and Michael Schumacher have employed in years of past.

For Verstappen, winning his first title in such fashion would be a farce. Although there’s an argument that past champions have lowered themselves to such silliness, the Dutchman’s reputation right now is as high as ever. Title win or not in 2021, Verstappen has proved himself to be a strong match up against Hamilton and has shown he deserves the respect of being one of the current greats.

And it’s all well and good to publicly assert that you will try and win the title in “the right way”, but instinctively making those decisions inside the cockpit is something only a racing driver can truly understand.

Motor racing is dangerous and involves crashes, it always has and it always will. So should this fantastic battle be settled by a clash on the track, so be it – but the only hope is that neither driver purposely opts to take out their rival in a manoeuvre disguised as an “accident”. In the interest of both safety and sportsmanship, there has to be widespread hope that the title fight doesn’t go there.

Not often the voice of reason, Red Bull team boss Christian Horner was more than correct last week in stating that should the battle wrap up smoothly the true winner would be neither Hamilton nor Verstappen.

“We’re a team of racers and if we can pull off this feat – and it’s a massive, massive task – then we wouldn’t want to win a championship through a collision between the drivers,” Horner offered. “I think a few more races like Austin [where Verstappen and Hamilton couldn’t be separated] between now and the end of the year, I think the biggest winner will be Formula 1. Nobody wants to see a championship decided in a gravel trap.”

So, will history repeat itself in one of the final four races? Whatever happens, history will be made, as either Verstappen will win his maiden world title or Hamilton will seal his eighth, setting an all-time record.

This opinion article originally appeared in issue 442 of our weekly digital motorsport magazine, Motorsport Monday. Completely free to read with no sign-up necessary, Motorsport Monday is published every Monday morning and is packed full of motorsport content. Check out the latest issue here.