Marquez ‘had some cards to play’ in Algarve rostrum tussle 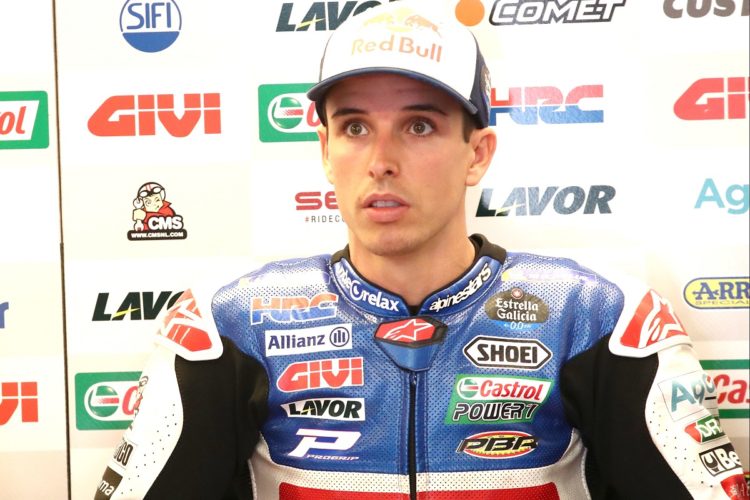 Alex Marquez reckons he “had some cards to play” in his battle for the final podium position in the Algarve Grand Prix before the race was red flagged prematurely.

The LCR Honda pilot worked his way through the top ten after starting eighth at the Algarve International Circuit, eventually passing Ducati’s Jack Miller for third around mid-distance before coming back under pressure from the Aussie as he ran into late tyre trouble.

Miller moved back ahead just three laps before the race was brought to an early end due to a crash between KTM riders Iker Lecuona and Miguel Oliveira, a turn of events that left Marquez frustrated as he believes he could have re-passed Miller to score his first rostrum of the year.

Marquez reckoned he could have grabbed Miller on the run to the first bend due to being “really strong” at the final sweeping right-hander that leads onto the start/finish straight, but was left to rue the fact he “didn’t get the opportunity.”

“It’s nice to be in parc ferme as top independent, but today was the day we could have been on the podium, we had a really nice fight with Jack (Miller) and I had something more to try (and get third), although he probably did too,” said Marquez.

“I never got the opportunity to try but overall the weekend was really good for us, from FP1 we never stopped believing so I’m really proud of the work the team are doing, especially in the bad moments because this year we have had a lot.

“I was really strong at the final corner so I wanted to get in front there, and I also wanted to be ahead at Turn 2 because I was struggling there, and then T3 and T4 we were really close so I had some cards to play, but unfortunately we didn’t get the opportunity.”

Marquez added that while he reckons his run to second at Aragon last season was an overall stronger performance than his Algarve display, he is happy to be heading back on the right track after what has been a disastrous 2021 debut campaign with LCR that saw him only record a pair of eighth’s as his best results prior to the second Portuguese event of the term.

“I think Aragon (2020) was a bit better honestly, then we were the fastest on track but today we were fourth or fifth because Fabio (Quartararo) crashed but we have to remember where we came from so it was nice to feel good the whole weekend,” continued Marquez.

“I hope we can continue working (in Valencia), it’s important for myself and Honda to believe in this project, I want to work everyday and I will keep going like this, even in the good or bad moments I will keep this mentality and never give up.

“We still need to improve many things, but they way we are going towards next year is positive.”