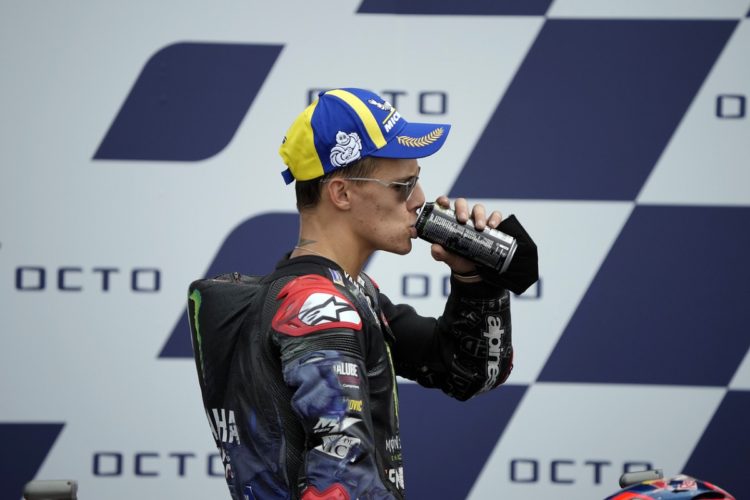 Fabio Quartararo has heaped pressure on Yamaha to find “speed, power whatever” after a “nightmare” Algarve Grand Prix that saw him record his first DNF of 2021.

The newly-crowned MotoGP world champion struggled to make his way through the field throughout the Portimao encounter after qualifying only seventh, a poor start that saw him fall to ninth not helping his cause.

He managed to recover to sixth fairly rapidly but thereafter found himself unable to pass the Pramac Ducati of Jorge Martin, the Yamaha racer finding himself unable to eclipse the more powerful Desmosedici for the bulk of the race before then getting caught and passed by the other Pramac machine of Johann Zarco.

Quartararo eventually muscled his way past Martin having been stuck for over a dozen tours, but would crash at Turn 5 just moments later as he tried to run down the now-fifth placed Zarco, leaving him to record his first non-finish of the season.

The frustrated world champion laid the blame for his overtaking tribulations squarely at the door of his underpowered-Yamaha bike, Quartararo challenging the Japanese manufacturer to find “speed, power” if it wanted to continue to fight Ducati in 2022.

“I don’t know (lack of pace) but I know exactly what happened with the crash I (braked) too late and I crashed but it was a nightmare of a race,” explained Quartararo post-race.

“When I was behind the Ducati’s it was impossible for us to overtake, the strong point we had allowed us to recover a lot but in acceleration and top speed we are way too far (away.)

“I think what helped me a lot this year was starting 14 times in the front row, but as soon as you are in a bad situation like that it is way too difficult.

“I remember last time (at Portimao) Pecco (Bagnaia) started 11th and could recover in a good way but for us it’s impossible, so we need to find speed, power whatever we really need that.”

Quartararo reckoned his potential race speed was “much better than what I showed” due to being stuck in traffic for the entirety of the contest, adding that he would “focus more on the qualifying” at the season finale in Valencia this weekend.

“The speed I had on Friday was really fast, Saturday we went the wrong way but this morning we were quick with the soft-medium tyres and in the race my pace was much better that what I showed,” continued Quartararo.

“When you are stuck behind and on the limit to try and overtake it is really frustrating and I couldn’t do any better.

“There is no pressure at all (for strong result at Valencia) but we’ll do our best, I think we’ll try and focus a little more on the qualifying than the race pace and then we need to find a (power) solution for next year.”