Ogier tests for Toyota: Other rally heroes who raced at Le Mans 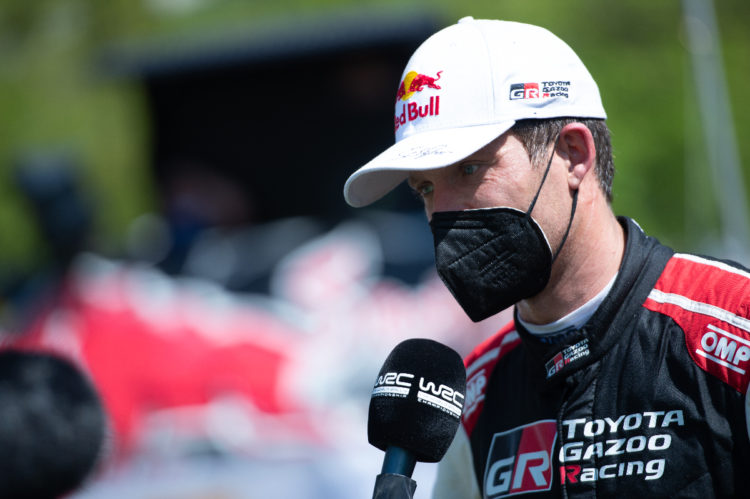 The seven-time World Rally champion follows in a long line of drivers who went from conquering the intense world of rally driving to the equally intense environment of endurance sportscar racing.

Some of these drivers have even raced in the greatest challenge that sportscar racing has to offer: the 24 Hours of Le Mans.

While it is currently still uncertain if Ogier will race in the French endurance classic with Toyota, MotorsportWeek.com takes a closer look at some rallying’s best and brightest who did make the leap to the greatest endurance race on Earth.

It should be noted that Ogier, one of the most successful rally drivers ever to enter the sport, is not completely new to sportscar racing.

He’s previously made a number of one-off appearances in a number of series including DTM, the ADAC GT Masters and the French GT Championship. He is, however, unfamiliar with the world of prototype competition and has not raced in the 24 Hours of Le Mans, unlike some of the drivers who precededhim.

Sébastien Loeb, the only man to have won more titles than Ogier, is arguably the most high-profile modern example of a rally driver who has dabbled in the world of endurance.

In 2005, while working towards securing the second of his record nine consecutive WRC titles, the Frenchman made his debut outing in the 24 Hours of Le Mans. He joined the strong French privateer squad Pescarolo Sport, one of the main challengers to Audi’s run of dominance in the early 2000s. His first start, alongside Soheil Ayari and Eric Helary, did not go great. After starting from second place, an incident-filled race came to an end with a crash for Ayari on Sunday morning.

His second outing a year later went considerably better. Loeb remained with Pescarolo Sport alongside Ayari and new partner Franck Montagny. While the might of the newly introduced Audi R10 could not be beaten, the trio finished second overall.

In the years that followed, Loeb would continue to occasionally enjoy sportscar outings while racking up more and more rally titles. In 2012, he founded his own team, Sébastien Loeb Racing. He raced for the team in the FIA GT Series in 2013 and scored multiple race wins and would also contest the occasional Porsche Supercup round.

Röhrl is best known for his two World Rally championships with Fiat and Opel, but also for his Group B heroics for the likes of Audi and Lancia.

Alongside his rally success, the now 74-year-old German has contested a number of major endurance races. Notably, he took part in the 24 Hours of Le Mans twice, with twelve years in between his first and second appearance.

In 1981, he partnered Jürgen Barth aboard a factory-prepared Porsche 944LM, racing in the GTP category. The duo took a dominant class win and finished sixth overall.

His next start in the great race wouldn’t come until 1993, where he would partner Hurley Haywood and Hans-Joachim Stuck aboard a 911 GT car. Their run would end early, however, when Röhrl crashed out after contact with a prototype.

Colin McRae’s venture into the world of sportscar racing was brief, but it turned heads. In 2004, the Scotsman contested the 24 Hours of Le Mans in a Prodrive-entered Ferrari 550-GTS Maranello. His co-drivers were future three-time class winner Darren Turner, making his second start, and Sweden’s Rickard Rydell.

McRae had won his one and only World Rally title with in a Prodrive-built Subaru Impreza in 1995, so it was something of a reunion for the rally star.

While Corvette Racing would go on to score a one-two in the GTS category, Turner, Rydell and McRae would completed the class podium in third place. Compatriot Allan McNish stated that McRae had ‘adapter far better than people expected.’

Sadly, it would be the only time Le Mans got to see the Scottish star at work, as he would not return to the race again prior to losing his life in a helicopter crash in 2007.