Is Ricciardo starting to regain his F1 form? 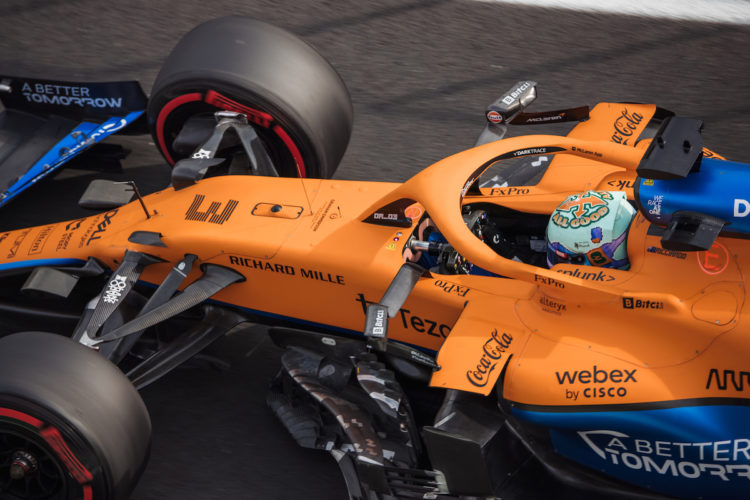 It was early 2021. Daniel Ricciardo had put his short but respectable stint at Renault behind him. He was already a proven race winner from his days at Red Bull, and his strong two-season performance in yellow and black pitched his reputation even higher.

McLaren was his next destination and it was a logical move for the Australian after the Woking-based squad’s grid position pointed upwards. It had gone from racing at near the back of the grid to achieving a podium finish in just a year.

The team took another step forward in 2021, but for the most part, the standout displays came from Ricciardo’s younger, less experienced team-mate Lando Norris. An early Q1 exit at the third round in Portimao appeared to signal the start of trouble. With a very limited number of pre-season running under his belt at his new team, teething issues were to be expected for Ricciardo.

However, the issues failed to run their course and as the 2021 season progressed, Ricciardo largely remained the second-fastest McLaren on the grid. It was a confusing picture, as often the 32-year-old asserted that he was feeling good behind the wheel, but the ultimate lap time was letting him down.

There were odd flashes of speed here and there – but a huge burden was lifted at Monza when Ricciardo crossed the line in first place. Although he arguably benefitted from Lewis Hamilton and Max Verstappen retiring – though was leading on pure pace before that – and was safe from an attack from team-mate Norris following team orders, the victory was his.

The following race in Russia, amid chaotic weather conditions, he produced a strong drive and walked away with a fourth-place finish, just three seconds away from a spot on the podium. In Turkey, McLaren was off the pace, but admittedly, so was Ricciardo. However last time out in the United States, which is something of a playground for him, he excelled, marking a strong trio of races in the last four outings.

His performance in Austin did not go unnoticed either – following the race, he was commended by McLaren team principal Andreas Seidl.

“It was most definitely a very strong weekend from Daniel and I think it’s fair to say, together with Monza, it was probably his strongest weekend together with us,” Seidl said. “Maybe even fair to say that it was his best weekend so far, on a track that has a lot of different corner types. I’m very happy with what he could pull off this weekend, it was a great performance from his side today to keep Carlos [Sainz] behind the entire race and being under massive pressure. So happy with that. It’s just another confirmation that since the summer break he continues to improve and find more comfortable in the car. It’s good, it’s encouraging and at the same time he is saying there is still a lot more to come, which is good.”

McLaren will be hoping that Ricciardo’s performances continue in this fashion amid its close fight with Ferrari. The two juggernaut teams, who were title rivals in the past,  are currently battling for third in the Constructors’ Championship.

Having picked up a race win already for his new squad, the best gift Ricciardo can give McLaren now is successfully inputting drives that see the team end the year ahead of Ferrari. Going faster than Norris is perhaps something he was expected to do prior to his switch, but the Briton has impressed this year with mature performances.

It no longer has to be the goal to beat Norris, who is turning into a star in his own right. Nor is he expected to – the struggles have been such that the team is not expecting them to be solved completely during the final five races of the 2021 season.

“I think he’s saying himself, I don’t think he’s fully comfortable in our car yet in any condition or track layout, or situation,” Seidl added. “With him now getting more and more used to it, spending more time in our car, doing laps, I think it’s just natural that there is still a lot more to come from this side, which is obviously encouraging. It was a great weekend from his side in Austin and very strong drive in the race, where he showed why we wanted to get him onboard.”

Ricciardo’s issues this campaign after years of displaying his talent elsewhere shouldn’t diminish his reputation. If anything, getting through that tunnel and coming out the other a stronger driver should only boost it further.